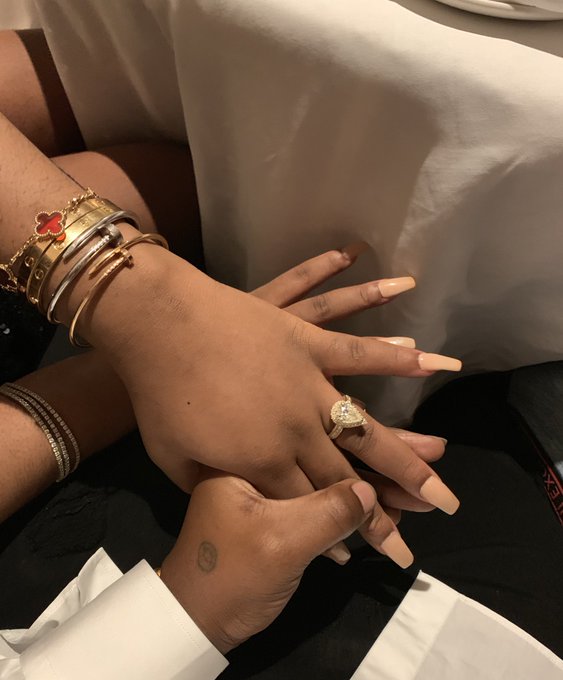 ElombahNews reports the superstar proposed to his girl with a massive diamond-encrusted engagement ring on Thursday night, September 12.

Finally Davido don propose to chioma…. After everything, the wait is now over. #Davido pic.twitter.com/sxpkDhZPce

Days after the official introduction of their families, singer Davido, took the internet community by surprise, after he popped the big question to his longtime lover, Chioma Rowland.

The announcement by the celebrity pair instantly set social media abuzz – Nigerians reacted to the news with mixed reactions, with many suggesting that Chioma saying yes was inevitable.

As expected, the news had instantly thrown members of the internet community into a feat of excitement.

Many well-wishers flooded their social media pages with pictures and videos of the loving couple.