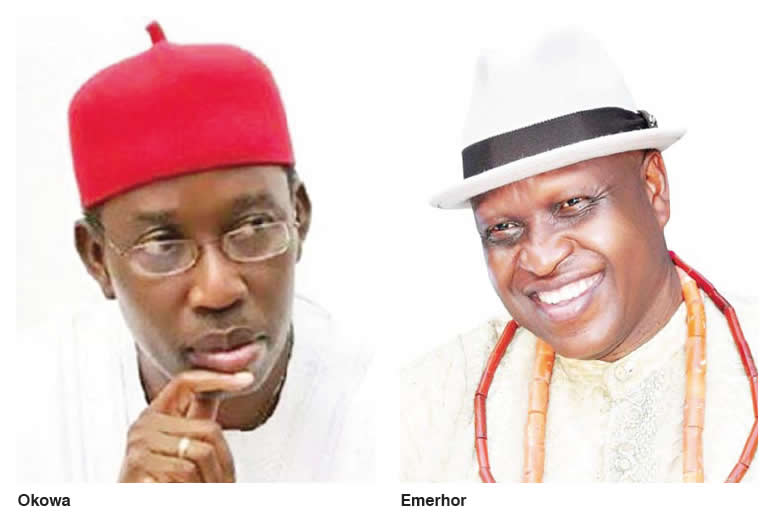 The Independent National Electoral Commission on Wednesday closed its defence at the Delta State governorship election petition tribunal sitting in Asaba, but without calling any witness.

The All Progressives Congress and its candidate, O’tega Emerhor, are challenging the declaration, by INEC, of Ifeanyi Okowa of Peoples Democratic Party as winner of the April 11 governorship election.

In the course of the trial, the PDP also closed its case two weeks ago, also without calling witness.

It, however, said it would rely on the four witnesses called by its candidate, Mr. Okowa.

At the resumed hearing on Wednesday, the counsel to INEC, D.D. Dodo, who was represented by Onyinye Anumonye, however, tendered an exhibit, the unit-by-unit accreditation by card reader.

But the document was rejected by the tribunal, citing improper certification.

It was unclear what the purpose of the exhibit was, as the tribunal had admitted the card reader report document from Mr. Emerhor.

Meanwhile, similar to PDP, INEC also told the tribunal it would rely on the testimonies of Mr. Okowa’s witnesses.

The INEC officials tendered unit-by-unit accreditation report which showed Mr. Okowa scored more votes that the number of voters that were electronically accredited.

They also tendered the INEC directive that said only card readers should be used for the April 11 election.

They told the tribunal that, “the card readers recorded no sustained failure during the governorship election in Delta State and accredited number of voters as at April 29 was 709,000 and at the expiration of the shutting down of data upload, the final tally was 715,393.”

But on April 13, Delta State INEC put the figure of accredited voters at 1,017,796, exceeding actual accreditation number as shown by the admitted report obtained from INEC central server.

Announcing Mr. Okowa as the winner of the election on April 13, the Returning Officer, Bio Nyananyo, said the PDP candidate polled 724,680 votes, which translated to 14,980 votes higher than actual number of accredited voters.

However, in closing its case, INEC through its counsel, insisted that from “the evidence and document so far tendered before the tribunal, it had conviction that it conducted a free and fair election in the state”.

The case was then adjourned to October 13 for parties to submit and adopt all written addresses. Two weeks after, the panel will deliver judgment.