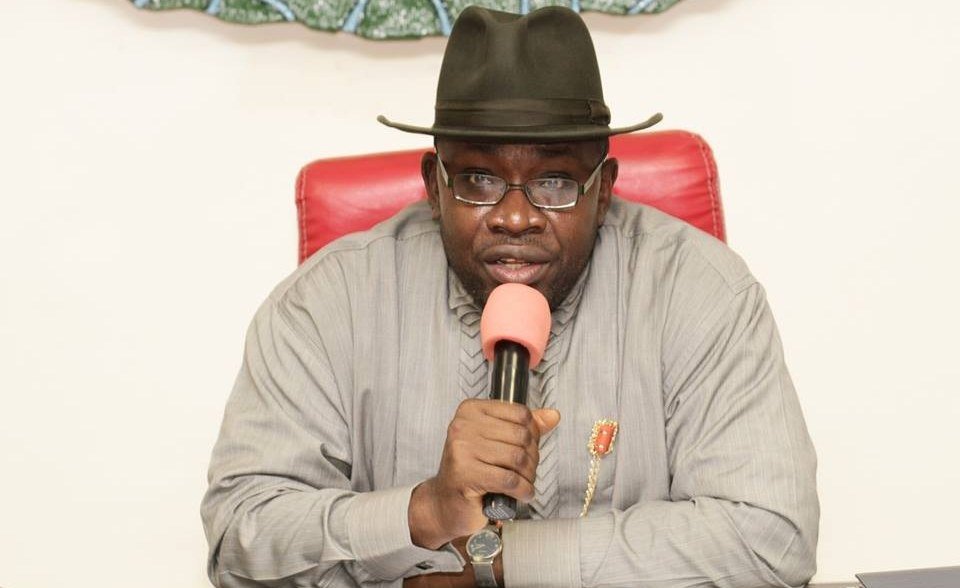 The Bayelsa State Government on Wednesday inaugurated four Permanent Secretaries, including the principal of a secondary school, with a declaration that it will unfold some strategies in the first quarter of 2017 towards re-organizing the public service for effective service delivery.

According to him, part of the reform process would be institution of a reward system.

Dickson said public servants, who carry out their duties diligently and exhibit loyalty would be rewarded accordingly, while those found wanting would be sanctioned, in accordance with the civil service rules.

While congratulating the permanent secretaries for their appointment to the apex of their career, Governor Dickson stressed that, their elevation was devoid of political considerations, but entirely based on merit.

Dickson said the appointment was the first time a school principal was being made a permanent secretary in the history of the state, pointing out that, the gesture was in fulfilment of an earlier promise.

He said, “The appointment of the school principal as a permanent secretary makes history today in Bayelsa State. This shows that, as we have always said, teachers are very close to the heart of this government and always will be and secondly, when we make promises, we keep them. When I interacted with the school principals and they made that request and we agreed with them.

“In this government, we have created a number of records, even in the area of re-organizing the administration. In this government, we have appointed permanent secretaries from all aspects of the public service of the state and at the local government level. The message that should go out to all in the public service of our state is that, wherever you are, if you do your job well and be loyal to the administration and to your state, you can rise to any level within this state. I call for more dedication to duty.”

He called on the new appointees to exhibit the highest level of professionalism and instill discipline in their various ministries and departments, towards ensuring the effective implementation of the government’s policies and programmes.