Did Saudi Arabia play a role in September 11? Read this…

Donald Trump, on Wednesday, became the latest American to wonder whether, when al-Qaeda attacked the United States on September 11, 2001, it could have had some help from the government of Saudi Arabia.

“It wasn’t the Iraqis, you will find out who really knocked down the World Trade Center, ’cause they have papers in there that are very secret, you may find it’s the Saudis, okay? But you will find out,” Trump said in South Carolina.

Trump, in his colorful way, was referring to long-swirling theories of possible Saudi support for the attackers, and to a still-secret Congressional report that investigated these very questions.

Unsurprisingly, Trump was straying into conspiracy. But his allegations were not so far removed from a scenario that’s been considered within the US government itself: could rogue Saudi officials, acting without sanction from their government, have funneled state resources to aid the attackers?

This past June, the CIA’s Office of the Inspector General finally released the findings of its internal investigation, concluded in 2005, into intelligence failures leading up to the attacks of September 11, 2001. The few sections left un-redacted in the 500-page report did not appear to offer any major revelations. (Note: this article first published in June when the CIA report was released; it has been updated to reflect Trump’s comments.)

But the very final section of the report, titled “Issues related to Saudi Arabia,” touches on a question that has swirled around US inquiries into 9/11 since the first weeks after the attacks: was there any involvement by the government of Saudi Arabia?

This section of the report is entirely redacted, save for three brief paragraphs, which say the investigation was inconclusive but found “no evidence that the Saudi government knowingly and willingly supported the al-Qaeda terrorists.” However, it adds, some members of the CIA’s Near East and Counter-terrorism divisions speculated that rogue Saudi officials may have aided al-Qaeda’s actions.

FOR EXTREMISM HAS BEEN BLOWING

The findings, though frustratingly inconclusive, are in line with what many analysts and journalists have long suspected: that while the Saudi government was probably not involved, rogue Saudi officials sympathetic to al-Qaeda may have been.

Like so many investigations into Saudi links to 9/11, this report adds credence to the “rogue officials” theory, but it ultimately settles nothing.

What do we actually know about Saudi Arabia’s possible links, or lack thereof, to Osama bin Laden and the attacks of 9/11? Why has this question so persisted in the years since the attacks? Why has it never been settled?

To understand those questions, you have to understand Saudi Arabia’s complex double-game with al-Qaeda and violent jihadists, the shadowy Saudi government agency that may have been the most likely base of such rogue officials, and the story of a still-secret congressional report on this very question. 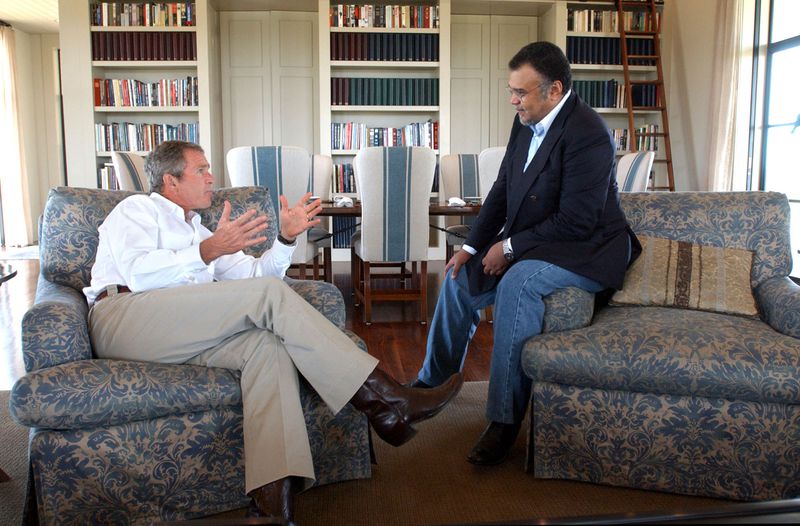 When people in the US talk about the still-lingering questions over Saudi involvement in 9/11, they will often mention that still-secret congressional report, which has achieved such infamy that it is sometimes described only as “the 28 pages.”

In 2002, shortly after a Joint Congressional Inquiry into the 9/11 attacks concluded its report, the Bush administration, which has longstanding ties to the Saudi royal family, ordered that the inquiry permanently seal a 28-page section that investigated possible Saudi links to the attack.

Some members of Congress who have read the report, but are barred from revealing its contents, describe it as damning. An unnamed congressman told the New Yorker, “The real question is whether it was sanctioned at the royal-family level or beneath that, and whether these leads were followed through.”

Other officials, though, say the findings are speculative and inconclusive, and that their release would cause unwarranted damage to the US-Saudi alliance, which has grown increasingly fragile in recent years.

THE KINGDOM HAS PLAYED A DOUBLE GAME WITH EXTREMISTS FOR DECADES

Because the 28 pages are still sealed and cannot be independently examined, but have been the subject of so much debate and speculation, they have become something of a Rorschach test for how one considers the question of possible Saudi involvement in 9/11. It can be helpful, then, to step back and look at what we know for sure about the country’s history with Osama bin Laden, al-Qaeda, and jihadists. And we know a great deal.

Dasukigate: Why Buhari Is Not Really Fighting Corruption