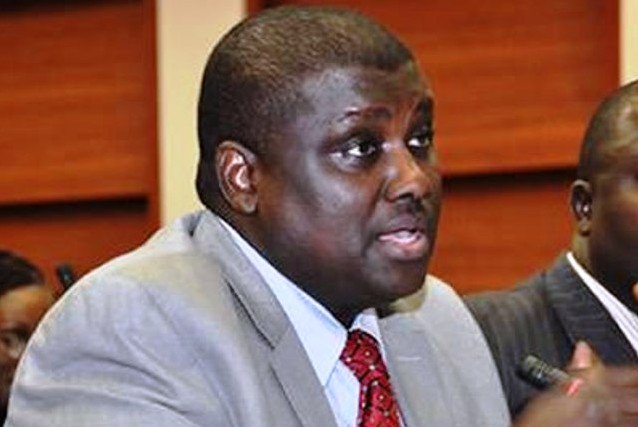 A pro-Democracy and Non-Governmental organization- HUMAN RIGHTS WRITERS ASSOCIATION OF NIGERIA (HURIWA) has asked President Muhammadu Buhari to suspend the Head of Service Mrs. Winifred Oyo-Ita Ekpeyong and the minister of Interior Retired Lieutenant General Abdulrahman Danbazau in connection with the disgraceful scam surrounding the reinstatement of Alhaji Abdulrasheed Maina- a fugitive declared wanted by the Economic and Financial Crimes Commission (EFCC) over allegations of pensions related heist running into over $2 billion.

In a media statement endorsed jointly by the National Coordinator Comrade Emmanuel Onwubiko and the National Media Affairs Director Miss Zainab Yusuf, HURIWA said the atrocious and professionally unethical conducts of top public servants connected with the reinstatement of Abdulrasheed Maina into the civil service of the Federation long after he had been recommended for dismissal by a federal panel, vanished into tin air and resurfaced to vie for the slot of Deputy Governor of Borno State when the last occupant died in a hotel room, are weighty enough to warrant a clean sweep of the hierarchy of the nation’s civil service and indeed any Cabinet level official found wanting in the unfolding scenarios.

HURIWA said the President should also probe the officials of the Economic and Financial Crimes Commission (EFCC) which made cosmetic or no effort at all to apprehend the now dismissed Director in the ministry of Interior when he openly reportedly declared his interest to replace the late deputy governor of Borno state but was turned down by the governor of Borno state Alhaji Kashim Shettima who in his wisdom chose a less politically exposed Borno citizen for that vacant slot.

“We think there is more to it than meets the eyes and we think there is a syndicate that specialises in providing classified information to fugitives from the law especially relating to charges or intentions of EFCC to institute charges before the competent court of law. Apart from Maina, there are dozens of top level graft suspects that have gone underground in what looks like a choreographed scheme to undermine the sanctity of the anti-Corruption battle”.

HURIWA said: “We believe that the Abdulrasheed Maina’s emerging scandal should be the best opportunity to comprehensively reorganize the apparatus of anti-corruption fight because the now dismissed erstwhile Director of public pensions who was declared wanted was however known to be hibernating around major cities of the globe including when he openly dabbled into the political fray in Borno state. The Nigerian people should be told why the EFCC failed to pin him down only for the same fugitive to be railroaded into a higher office which has brought so much opprobrium and disgrace to the people of Nigeria.”

In a memo to the Head of the Civil Service of the Federation, the President equally demanded a full report of the circumstances of Maina’s recall and posting to the Ministry of Interior.

The report is to be submitted to the office of the Chief of Staff to the President, Mallam Abba Kyari, before the end of work today, Monday, October 23, 2017.

HURIWA said the action of President Muhammadu Buhari although commendable but amounted to an afterthought and is insufficient to serve as atonement for the enormous damage that the issue brought to Nigeria and created the impression that the Nigerian government tolerates high level of official theft of pensions belonging to senior citizens who toiled day and night for years to serve Nigeria.

The Rights group said the Head of Service and the Interior minister should be suspended pending the complete investigation of the remote and immediate circumstances surrounding the reinstatement of Alhaji Abdulrasheed Maina.

On Maina We Commend the President – NLC