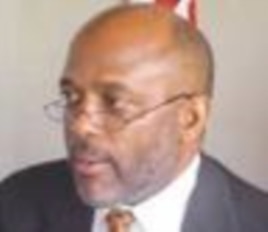 shameless game of cards to court Muslim and Mandingo electorates on his side for the 2017 presidential elections. True, Liberia has peace and an ongoing reconciliation process. Like most good-intention Liberians, I support forgiveness and reconciliation and do believe our nation needs to head in that direction if we are to ensure a better Liberia. However, we also need to preserve our history as a nation so that past ugly events would not visit upon us again. Moreover, we should not and must not allow certain deceptive manipulations to be a part of the forgiveness and reconciliation process that we all seek as Liberians, since doing so would render those relatives, friends, and our fellow country men and women who became victims of the ugly episodes that people like Mr. Brumskine and others supported to turn in their graves.  By this I mean rewarding undeserved individuals our support, resources and trust in their quests for state and political power would be a mistake, it does not matter whether they are our tribesmen, benefactors, professional friends, or partners in crime.

ABOVE PHOTO: Charles Brumskine of the Liberty Party of Liberia

When Charles Taylor attacked Liberia in December 1989 he was not alone in that grandiose plan. He had lots of partners in crime. There were those who designed the plan from afar, others who provided the resources while another set of individuals strategized; advised and defended everything he did. Mr. Charles Walter Brumskine was one of those top-tier advisers and defenders of what Charles Taylor did, including but not limited to, capturing innocent people and marking them for death based on their tribes, religion or social and political affiliations.

My late father Musa, was illiterate, had never worked for any government; did not belong to any political party and had no beef with anybody or tribe.  All he did was his poor but pleasing small business. Yet, he became a victim of the gigantic machine that Mr. Brumskine provided legal services for as well as defended strategically in the court of public opinion and at negotiations. The only ‘crime’ my father committed and for which my mother, a Gio, became a widow and I, his daughter, became a fatherless child, was the fact that he was a Muslim and a member of the Mandingo ethnic group. Then it was suicidal to be a Muslim, Mandingo or Krahn when Mr. Brumskine was buddy-making with Taylor. I must also state that it was equally suicidal to be a Gio or Mano as well. This divide and rule was postured by a gang of people like Mr. Brumskine who belong to neither of these victimized tribes. And because my family had found itself in this configuration we became the inescapable victims of the Mr. Brumskine-advised Taylor master plan.

One may wonder why I am going after Mr. Charles Brumskine. Well, I am going after Mr. Brumskine because he is strategically courting the Liberian Muslim and Mandingo vote, their resources and support to make him president in 2017.  If he was not deceptively and desperately seeking that I would have no reason to go after him.  The irony is: How can Mr. Brumskine advise and strategize for a war machine that murdered my father and others for being Muslims and Mandingo in the past and now this same Mr. Brumskine is seeking Muslims and Mandingo support and resources?   This is not only deceptive, dishonest and irresponsible; it is hypocritical at best.

There are many people that share this very strong belief about Mr. Brumskine. Even a former deputy United States ambassador/deputy chief of mission to Liberia in the 1990s, Mr. Gerald S. Rose once had issues with the fact that a Washington Post reporter mentioned about Brumskine’s candidacy a news article during the 2005 Liberian presidential election. In his brief but salient Saturday, June 18, 2005 U.S.-based Washington Post article entitled: Why Promote This Man? http://www.washingtonpost.com/wpdyn/content/article/2005/06/17/AR2005061701233.html Mr. Rose shared a view that Mr. Brumskine was as terrible as his then master Mr. Taylor and therefore did not need such media elevation.

There is nothing personal against Mr. Brumskine. However, according to Ghanaian rights activist Nii Darku (niidarku@gmail.com), it is important to note that Brumskine served as a leader in the Liberian Senate during former rebel leader Charles Taylor regime. While serving as Senate leader, Mr. Brumskine also argued that Charles Taylor-controlled government had respect for human rights. Brumskine demanded that a “Status of Forces Agreement” be signed between Charles Taylor government and the West African peace Keepers when at the time dead bodies were alleged to be found constantly in parts of the country under President Charles Taylor. Mr. Brumskine had also believed that other option the Peace Keepers may consider then was leaving Liberia if they refuse to sign such agreement. Through Mr. Brumskine’s argument, Charles Taylor NPFL Rebels and others were enlisted in both the military and paramilitary without been demobilized and de-traumatized.

After years of strategically advising Charles Taylor, and legally defending the NPFL’s war machine that specifically targeted Muslims and Mandingos and that did not want to see the very Muslim and Mandingo constituency in Liberia, why does Mr. Brumskine now think that the vote and support of the Liberian Muslims and Mandingo communities are vital?  Mr. Brumskine’s ongoing dubious attempt to seek Muslims and Mandingos’ financial resources and their vote for his self-absorbed presidential ambition speaks volumes of someone without a sense of remorse and conscience, and one who refuses to be contrite, or take personal responsibility. To Mr. Brumskine and the Liberty Party, I would like to state very clearly that my late father Musa, an innocent and peaceful Liberian small business owner, was a Muslim, a Mandingo and a victim of the Status of Forces Agreement that you (Brumskine) crafted and aggressively defended. It is therefore a slap in face to the memory of my father and other Liberians who were murdered because of their tribal or religious affiliation by a regime of which you were a part. Please stop asking for Liberian Muslims and Mandingo support! Instead ask for the support of Status of Forces Agreement.

About the Author: Kadiatu Musa –Frantz is a young female Liberian Muslim from the Mandingo ethnic group, and a businesswoman.  She is originally from Lofa County, Liberia. She is married and lives in Diekirch, Luxembourg with her husband, Dr. Frantz.  She can be reached on kadimusa@yahoo.com

Bishop Kukah: Away with this peace committee

Power Probe, what is the Senate really up to?