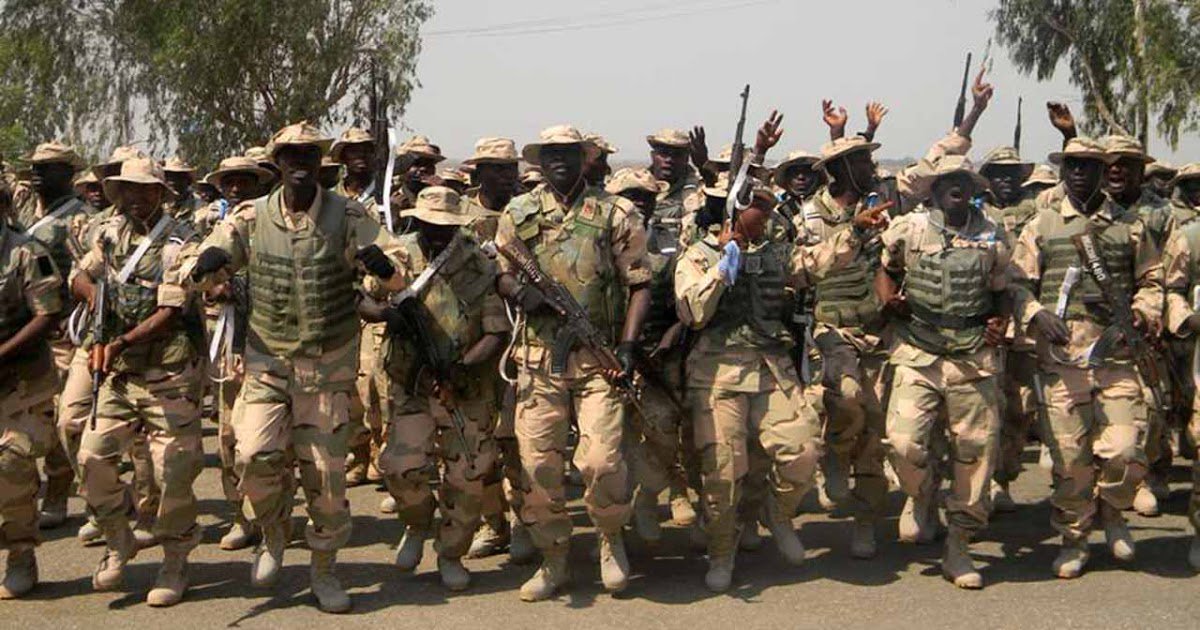 The Nigerian Army has denied claims by Abia State governor, Okezie Ikpeazu that it is withdrawing its troops from Exercise EGWU EKE II tomorrow.

The Director of Army Public Relations, Brigadier General Sani Kukasheka Usman said in a statement that the story is not true, rather that Operation Egwu Eke II will take off tomorrow as scheduled.

The attention of the Nigerian Army has been drawn to some stories in the media that it is withdrawing its troops from Exercise EGWU EKE II, crediting such information to Abia State Governor and the General Officer Commanding 82 Division Nigerian Army.

This is not true. The Nigerian Army wishes to enjoin members of the public to disregards such rumours.

For the avoidance of doubt, the Abia State Governor in his speech stated that “there will be gradual withdrawal of soldiers on the streets of Aba and Umuahia from tomorrow”.

This should not be misconstrued as withdrawing of troops earmarked for Exercise EGWU EKE II. The General Officer Commanding 82 Division has not said such thing.

Consequently, we wish to state that Exercise EGWU EKE II is commencing tomorrow as scheduled. Commanders have been instructed to ensure that all hands are on deck to commence the Exercise to its logical completion.

We wish to state further that the successful completion of the exercise will dovetail into the various states security outfits till the end of this year.

Members of the public especially in the areas where the exercise will take place are please enjoined to go about their lawful businesses.

We wish to also state that we would not allow any individual or group to jeopardize the conduct of the field training exercise through unlawful or criminal activities.

Hoodlums and criminal elements are once again warned to be law abiding and not cause any breach of peace.

We hereby reiterate that our troops would conduct themselves in the best professional manner, abide by the Rules of Engagement and Code of Conduct in line with requirements of the Constitution of the Federal Republic of Nigeria.

Any act of indiscipline by any of our personnel would be decisively dealt with.

While we enjoin all Nigerians to go about their normal businesses, the Nigerian Army urge all to support the troops as they carry out their constitutional duties and make Exercise EGWU EKE II a success.

Fani-Kayode Condemns Use Of Force Of Arms On Biafrans