Dissolution of LG councils by Gov Ayade & replacement is unlawful 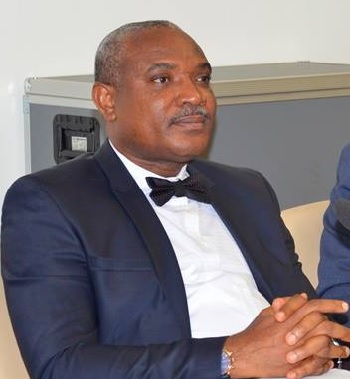 The dissolution of Local Government and subsequent appointment of Civil Servants as Sole Administrators by Governor Ben Ayade of Cross River State on Wednesday the 14 December, 2016, is unconstitutional, illegal, null and void.

It is capricious, whimsical and arbitrary of Governor Ayade to hand pick or select such Civil Servants as Sole Administrators!

It is disheartening and a sad commentary that Governor Ayade who has sworn on Oath to preserve and defend the Constitution will assault and abuse it in such a brutal and brazen manner as if he is a military potentate!

Just last week the Supreme Court of Nigeria in a land mark and momentous decision in an appeal that emanated from Ekiti State concerning the constitutionality of the dissolution of Local Government Area Councils by the then Governor of Ekiti State, Dr. John Kayode Fayemi, in 2010 despite the fact that their tenure was still on, described the rampant dissolution of Local Government Area Councils in the country as a classical example of “executive recklessness and lawlessness”.

The Supreme Court also held that State Governors have no colour of power to dissolve elected Local Government Councils and replace them with Caretaker Committees!

One would have thought that since the apex Court has laid down a precedent, Governor Ayade would be prudent and well advised!

But alas, Governors in the country are power drunk and operate with such impunity! Governor Ayade has constantly, persistently and consistently shown a great propensity of being in the path of impunity, un-constitutionality and illegality that rankles!

It is now clear that all this while, Governor Ayade had been plotting and scheming to replace elected Local Councils with his chosen Sole Administrators, otherwise why didn’t he give directives to the Cross River State Independent Electoral Commission to conduct elections, three months to the expiration of their tenure, as provided by the Local Government Law of the State?

It is sad that Governor Ayade has deliberately put himself and the Councils in such a constitutional cul de sac and quagmire which he cannot wriggle out!

His attempt to wriggle out has resulted in his act of illegality that has thrown up a seeming constitutional crisis in the State!

It is well settled that Local Government Councils are entitled to share from monthly allocations of the Federation Accounts (just as the Federal and States Governments)!

However, the Constitution envisage that only democratically elected Local Government Area Councils can benefit from the monthly allocation from the Federation Account!

By dissolving and replacing elected Local Councils with his handpicked Civil Servants, these Councils will surely lose that right!

I therefore urge the Accountant General of the Federation to with-hold Monthly Allocations to Local Government Area Councils in Cross River State till such a time democratically elected Councils are put in place by the State Government through proper elections!

The time to end impunity, lawlessness and naked abuse of power and indeed trampling of our revered and hallow Constitution has come and that time is now!

All Cross River State People should frown at such constitutional impunity by the State Government.

We must do things right as enlightened People and the Governor of all people should be at the forefront of defending Constitutional Democracy!!!