The unions claimed that Abiodun Aina lacked basic qualification (BSC or HND) to be employed into the service.

See attached the protest communique issued by the Union below: 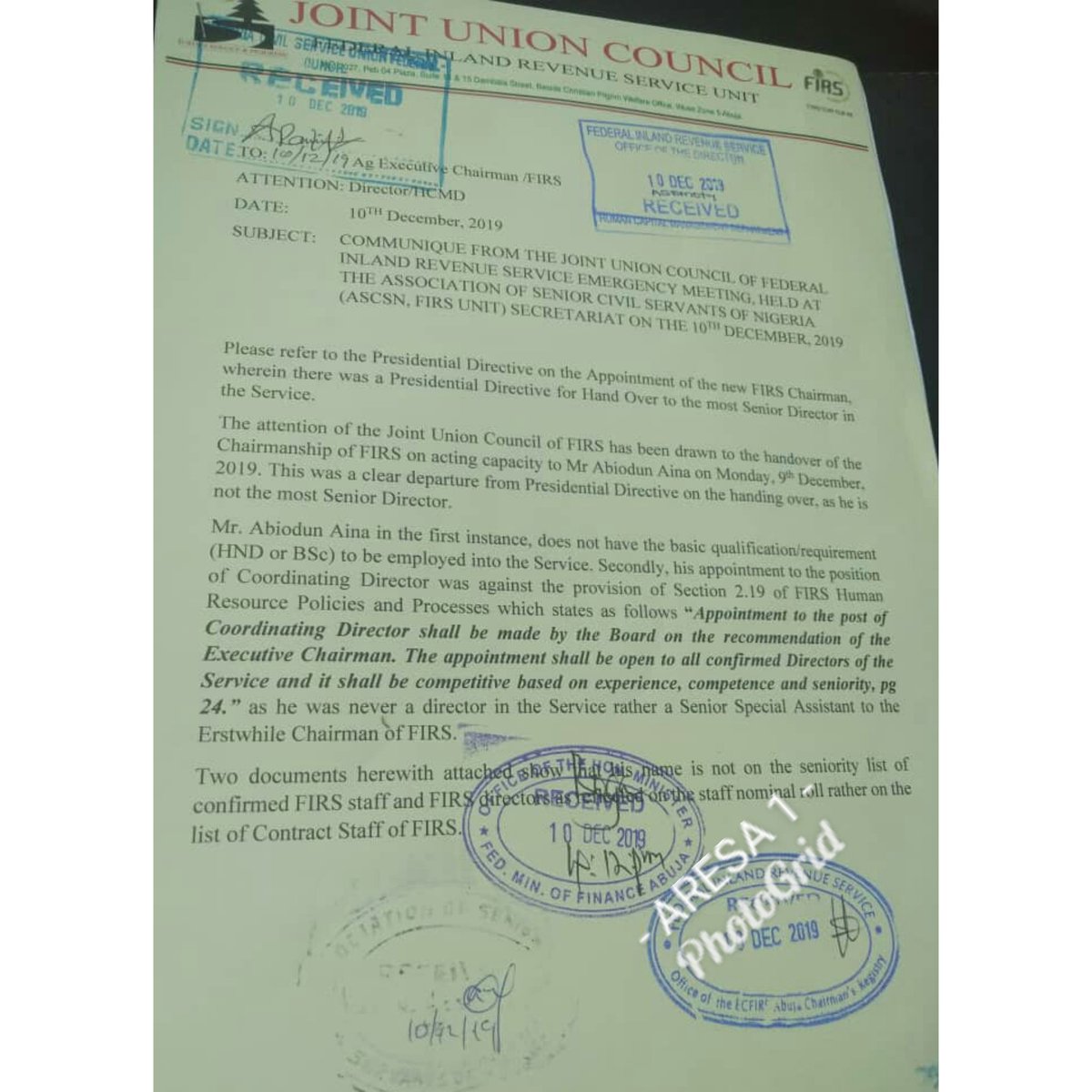 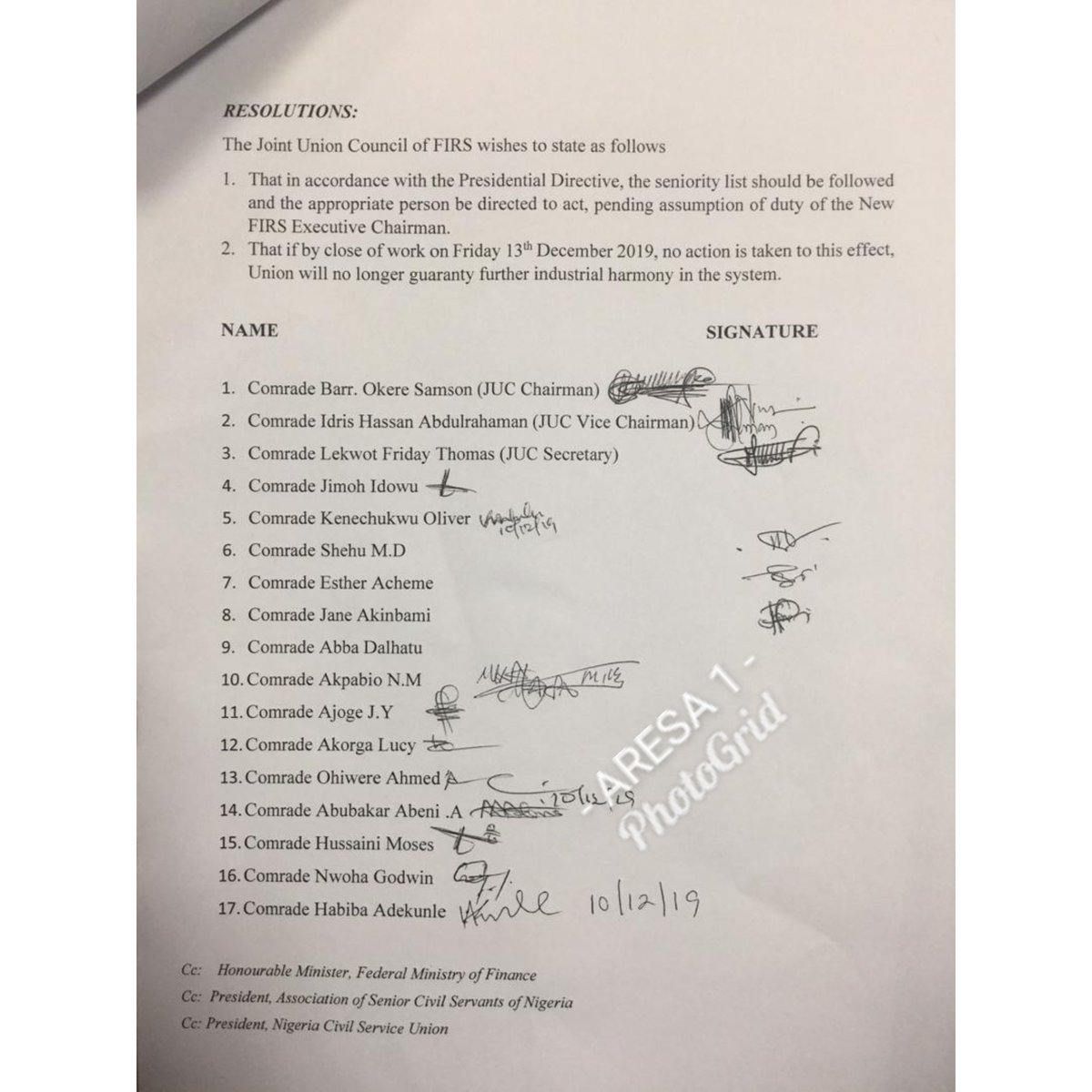