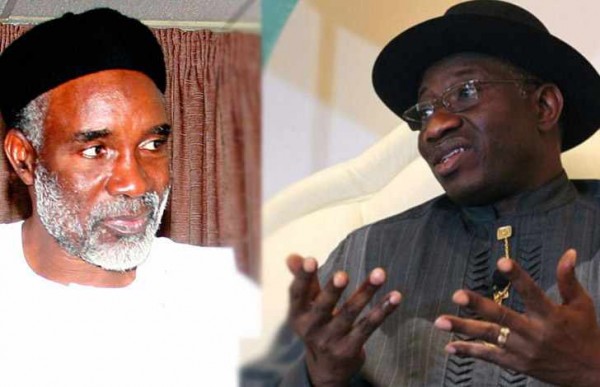 The sender of the document, which usually reliable sources denied as genuine, said all forms of actions were taken even resulting in taking the lives of those perceived to be political enemies in order  to remain in power.

In this latest release titled “When Speaking out the Truth Became Nyako’s Sin”, the sender exposes the details of the rift between former President Jonathan and former Governor Nyako:

Disclaimer: The documents below were made available to elombah.com by sources close to the current presidency. But a former High Official in the presidency of Late Umaru Yar’adua and a known Jonathan critic told elombah.com he doubts the genuineness of the documents saying:  “I see it as nothing but some stupid propaganda against Goodluck Jonathan to whom everything is ascribed now. Even if there were such intentions, where in the world would you put it into writing? I have no proof but I don’t believe it.”

WHEN SPEAKING OUT THE TRUTH BECAME NYAKO’S SIN

In life we are always taught to speak the truth even if it is against ourselves. One of the fundamentals of human dignity is to at all times stand on the side of the truth and as a leader, standing on the side of your people should never be contemplated.

But doing so in an era of impunity, lawlessness and brigandage like witnessed during the Jonathan administration became a burden and the few who were ready to take the risk and speak out were tagged as enemies of the state. Under Goodluck Jonathan, the desperation to hold to power was more paramount than the lives of Nigerians particularly the people of the Northeast part of Nigeria.

Former Governor Nyako of Adamawa State would not have any of that and told the government to its face, its complicity in the whole insurgency matter. The administration of Jonathan used everything it had in its arsenal to nail and if possible even kill Nyako for daring to speak the truth as seen in the documents below.

No stone was left unturned including stealing from the Special Intervention Funds for the Northeast to bribe the members of the Adamawa House of Assembly to ensure Nyako was impeached and charged with treason against the Nigerian State.

For those who have always insisted on evidence of the hand of the Presidency under Jonathan in Nyako’s impeachment and persecution, here you have it.