Does President Buhari give a damn about asset declaration? 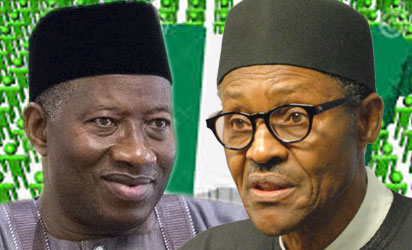 This piece is not about former President Goodluck Jonathan, but it is important to focus on him to help us understand our current predicament. In June 2012

Mr. Jonathan made other damning revelations during the media chat. He told a bewildered nation that he had gone to late President Umaru Yar’Adua to caution that, “We should not play to the hands of some people” (by openly declaring their assets), adding, “That is a matter of principle and I am not going to declare. It is not the president declaring his asset that will end Boko Haram.”

It is instructive that in 2007, as vice president, Mr Jonathan, after public outcry, declared his asset publicly following the example of his boss, the late President Yar’Adua. In a December 2012 piece titled, “Memo to Doyin Okupe: What is President Jonathan hiding?” I responded to a press conference by Mr. Okupe, then Senior Special Assistant to President Jonathan on Public Affairs, in which he elaborated on what his boss was doing to fight corruption.

“The signing of the Freedom of Information [FoI] Act into law by President Jonathan in May 2011 represents a watershed in the anti-corruption crusade in Nigeria,” Mr. Okupe noted. “This piece of legislation, which had been virtually stalled by successive administrations since 1999, was signed into law by Mr. President to usher Nigeria into the league of countries where transparency in governance is entrenched and citizens are granted unfettered access to information about government activities.”

My response was to remind Mr. Okupe that in July 2011, two months after President Jonathan signed the FoI Act, my organisation, the African Centre for Media & Information Literacy (AFRICMIL) wrote to the Code of Conduct Bureau (CCB) requesting the details of President Jonathan’s asset declaration. We were rebuffed by the CCB. Its chairman, Sam Saba, would later say at a public forum that there was nothing in the constitution that said the president had to declare his asset publicly.

I wondered what, for someone purported to be committed to fighting corruption, President Jonathan was hiding considering that he declared his asset, as vice president in 2007, and that in the intervening period (2007-2011), he did not do any other job (constitutionally, he was not allowed to) apart from being vice president, acting president, and president. So what had the president acquired in four years that he did not want Nigerians to know about? It is also important to note that in a June 2012 interview with SaharaTV’s Rudolf Okonkwo, Dr. Reuben Abati, another aide of President Jonathan, had referred Nigerians interested in the president’s asset declaration “to check with the Code of Conduct Bureau office.”

The point I have laboured to make here is that beyond showing complete disinterest in addressing one of Nigeria’s major headache, corruption, Mr. Jonathan also undermined the very constitution he swore to uphold and there is a sense in which President Buhari may have unwittingly borrowed a page from Mr. Jonathan’s playbook. Why do I say this? Here is what the laws of the country say on this issue: Paragraph 3, Part I of the Third Schedule of the Constitution of the Federal Republic of Nigeria provides, among other things, that “the Bureau shall have power to: (a) receive declarations by public officers made under paragraph 12 of Part I of the Fifth Schedule to this Constitution; (b) examine the declarations in accordance with the requirements of the Code of Conduct or any law; (c) retain custody of such declarations and make them available for inspection by any citizen of Nigeria on such terms and conditions as the National Assembly may prescribe.

Section 1(1) of the Freedom of Information Act 2011 states that, “Notwithstanding anything contained in any other Act, Law or Regulation, the right of any person to access or request information, whether or not contained in any written form, which is in the custody or possession of any public official, agency or institution howsoever described, is hereby established.” Clearly, the CCB is obligated to make asset declarations “available for inspection by any citizen of Nigeria on such terms and conditions as the National Assembly may prescribe.” These terms and conditions are covered under the FoI bill assented to by the Clerk to the National Assembly on May 27, 2011.

Considering his avowed commitment to anti-corruption, I think President Buhari made a false start on the war by not making public his asset the very day he was sworn-in as president. He didn’t need to wait for anybody or group to make the request. He has to redeem himself, and quickly too, because this is an issue that will not go away, not minding the convoluted logic of Mr. Saba and his CCB and the equivocation of Mr. Femi Adesina, the Special Adviser to the President on Media and Publicity.

Two weeks ago, in an interview with the Punch, Mr. Saba said his agency had not commenced the verification of the asset of President Buhari and Vice President Osinbajo and that the CCB was waiting for the Presidency to tell it when it would be ready to commence the task. “Even if the president’s asset is as huge as the country’s external reserve,” a friend noted, “why should it take so long to verify?” I thought the question was quite amusing if it were not such a serious matter.

Of course, I know the worth of public asset declaration or asset declaration in Nigeria having served, about a decade ago, as head of the crime prevention unit of the Economic and Financial Crimes Commission (EFCC). Trust is, therefore, very important for President Buhari to win the war on corruption.

If the president’s minders can’t tell him, the truth is that there is simmering disquiet, even among staunch Buharists, over the issue of his public asset declaration. And the sooner he resolves it in accordance with popular expectation, the better for the mounting “wind of change.”

Atiku’s daughter, 21 others sworn-in as Commissioners in Adamawa

Why I am standing solidly behind Buhari’s appointments