Dogara swears in Dozie Nwankwo as member House of Reps

The brief but colorful ceremony has enabled Mr Nwankwo to take his rightful seat in the hallowed chambers of the National Assembly on behalf of his constituency. 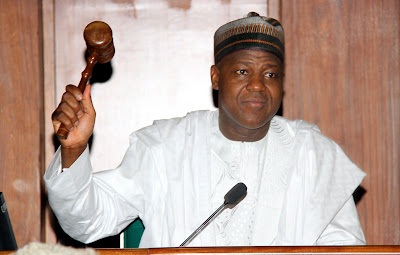 The Speaker of House of Representatives, Yakubu Dogara has this morning swore-in Hon Dozie Nwankwo, representing Anaocha/Njikoka/Dunukofia Federal Constituency of Anambra State as a member of the House.

Nwankwo, candidate of the All Progressives Grand Alliance (APGA) had successfully challenged the initial declaration of Dr Okey Eze winner by the Independent National Electoral Commission (INEC) of the election of March 28, 2015.

The tribunal held that it was convinced beyond reasonable doubt from the plethora of oral, written and documentary evidences that Nwankwo scored the highest number of lawful votes cast in the election and therefore returned him as the winner.

The panel in its declarative judgement on December 7, 2015 ordered INEC to issue Nwankwo with a Certificate of Return forthwith while the one earlier issued to Dr Eze be withdrawn and nullified at once.

The Court of Appeal panel in its unanimous and declarative verdict noted that after a careful analysis of evidence brought before it and submissions made by the parties in the petition, the tribunal was convinced that Nwankwo has proved his case beyond all reasonable doubts.

That he also tendered all necessary evidence to confirm that he polled the highest number of lawful votes cast in the election and ought to be returned as winner by the INEC.

This morning’s brief but colorful ceremony has therefore enabled Mr Nwankwo to take his rightful seat in the hallowed chambers of the National Assembly on behalf of his constituency.