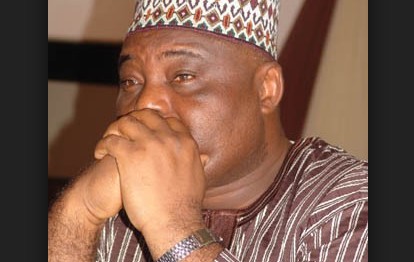 Raymond Dokpesi [above], founder of Daar Communication, owners of Ray Power radio network and Africa Independent Television, has said the money he received from the office of the National Security Adviser during the administration of Goodluck Jonathan was payment for media and political campaign for the 2015 general election.

Mr. Dokpesi was questioned by the Economic and Financial Crime Commission [EFCC] on Tuesday over the N2.1 billion he allegedly received from the office of the NSA.

The Nigerian government has made high profile arrests in connection with alleged diversion of billions of naira meant for procurement of arms for the fight against Boko Haram.

A former National Security Adviser, Sambo Dasuki, is among those arrested.

A statement released by his company on Wednesday explained he was invited by the chairman of the EFCC, Ibrahim Magu, to “shed more light on some payments that were made to him through the office of the erstwhile National Security Adviser to the former President, Mallam Sambo Dasuki”.

“Dokpesi explained to the EFCC officials that the N2.1 billion that he collected from the former NSA was payment for publicity and media political campaigns during the 2015 General Elections,” the paper quoted the statement as saying.

Mr. Dokpesi “made his statement on the various media exposures and campaign transactions which were dutifully carried out based essentially on contractual obligations/relationship”, the statement added.

The statement was however silent on why Mr. Dokpesi received payment for a political media campaign, which ordinarily should have been the prerogative of the Peoples Democratic Party (Mr Jonathan’s party), from the office of the NSA.

Following an interim report released by a presidential committee investigating arms procurement in the last administration, which revealed extra-judicial spending of up to N643.8 billion and a further $2.2 billion, the EFCC set up a special panel to probe how the monies were spent.

The investigation is still on-going and more senior officials in the last administration are expected to be quizzed on the disbursement and spending of the monies.