Don’t politicise efforts to make Rivers safe for all – Group

Criminals engaged operatives of the Nigerian Army in gun duel at the end of which various arms and ammunitions were recovered from the criminals. 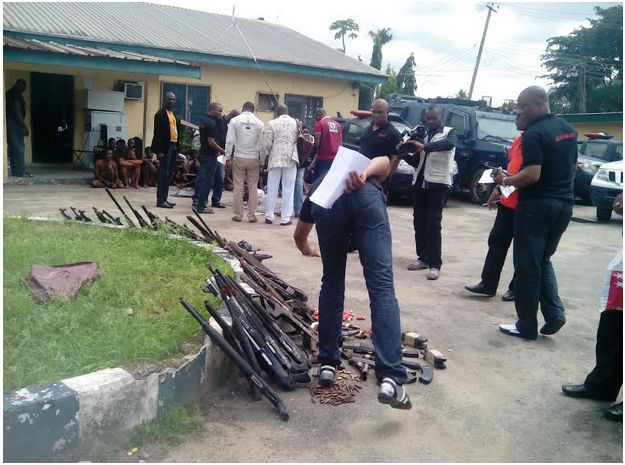 The Association of Rivers State Professionals (ARSP) welcomes the ongoing actions by the Joint Task Force (JTF), the Nigeria Police and other security agencies to arrest the deteriorating security situation in Rivers State by undertaking robust pre-emptive raids on identified security dark spots and known cultists, kidnappers, armed robbers and other dangerous criminals.

Particularly, ARSP welcomes Wednesday’s security operations in Abuja Estate Waterside in Port Harcourt where criminals engaged operatives of the Nigerian Army in gun duel at the end of which various arms and ammunitions were recovered from the criminals.

They include 5 AK 47 Rifles, 13 Magazines loaded with live ammunitions while 8 of the criminals fell to the superior firepower of the military and others escaped.

Similarly, based on intelligence reports, men of the State Anti-Robbery Squad (SARS) Wednesday raided a location in Usokun in Degema and over 6 locations in Buguma reportedly belonging to the Caretaker Chairman of Asari-Toru Local Government, Mr. Soboma Jackreece alias Egberi Papa, where SARS operatives came under heavy gun fire by his boys.

After the duel, a SARS operative (policeman) was critically injured and is receiving treatment while 36 of the criminals were arrested, various arms and ammunition recovered.

Also recovered were 669 Permanent Voters Cards (PVCs) believed to have been snatched from INEC officials by Egberi Papa’s boys before the 2015 general elections.

We urge the security agencies not to succumb to the blackmail and pressure by the sponsors of the criminals believed to belong to the highest level in the Rivers State Government but should ensure that all those on the run are arrested and made to face the law.

The ARSP calls on the top echelon of the military, Police, DSS and other security agencies and outfits to intensify and replicate the ongoing security operations to cover the entire nooks and crannies of Rivers State to retrieve the State from the stranglehold of cultists, armed robbers, kidnappers and other criminal elements.

We urge the Inspector-General of Police, the D-G of DSS, Service Chiefs of the Army, Navy and Airforce to provide moral and material support for the officers and men undertaking the current operations to ensure its logical conclusion.