The Economist has rated Nigeria as favourably disposed amongst countries with financial exposure.

The ranking of 66 countries shows which are in distress, and which are relatively safe

According to The Economist, among the 66 selected emerging countries with financial exposure, Nigeria is number 14 on the list, and second to only to Botswana in Africa.

The standard of rating include:

“Botswana will be at the top; loaded with diamond wealth, only 2.2 million population and the same party in power for 60 years.”

Missing 70y.o man returns home 47 years after he was sent to buy…

6 finalists to emerge from FirstBank sponsored The Voice Nigeria…

Concerning South Africa, which is 47th on the list, he said:

“In South Africa the struggle becomes more obvious with 58 million [in population]  stringent policies on beneficiation.”

Comparing the two countries, he said: “Botswana is the same, you just don’t see it on paper.”

The medium also counted Zambia, Angola, Tunisia, Gabon, Ghana, South Africa, Senegal, Kenya, Ethiopia and Uganda as the top 10 of those in Africa with most difficulties.

Taking into cognizance Ghana, South Africa and Kenya top the list of African countries with most difficulties and comparing them with Nigeria, another analyst said:

“Amazing! Nigeria is not doing badly.”

Yet another said: “Some people would be saddened by this news Nigeria isn’t topping the table of economies in bad shape.”

See the list and standard of rating as captured below in a banner: 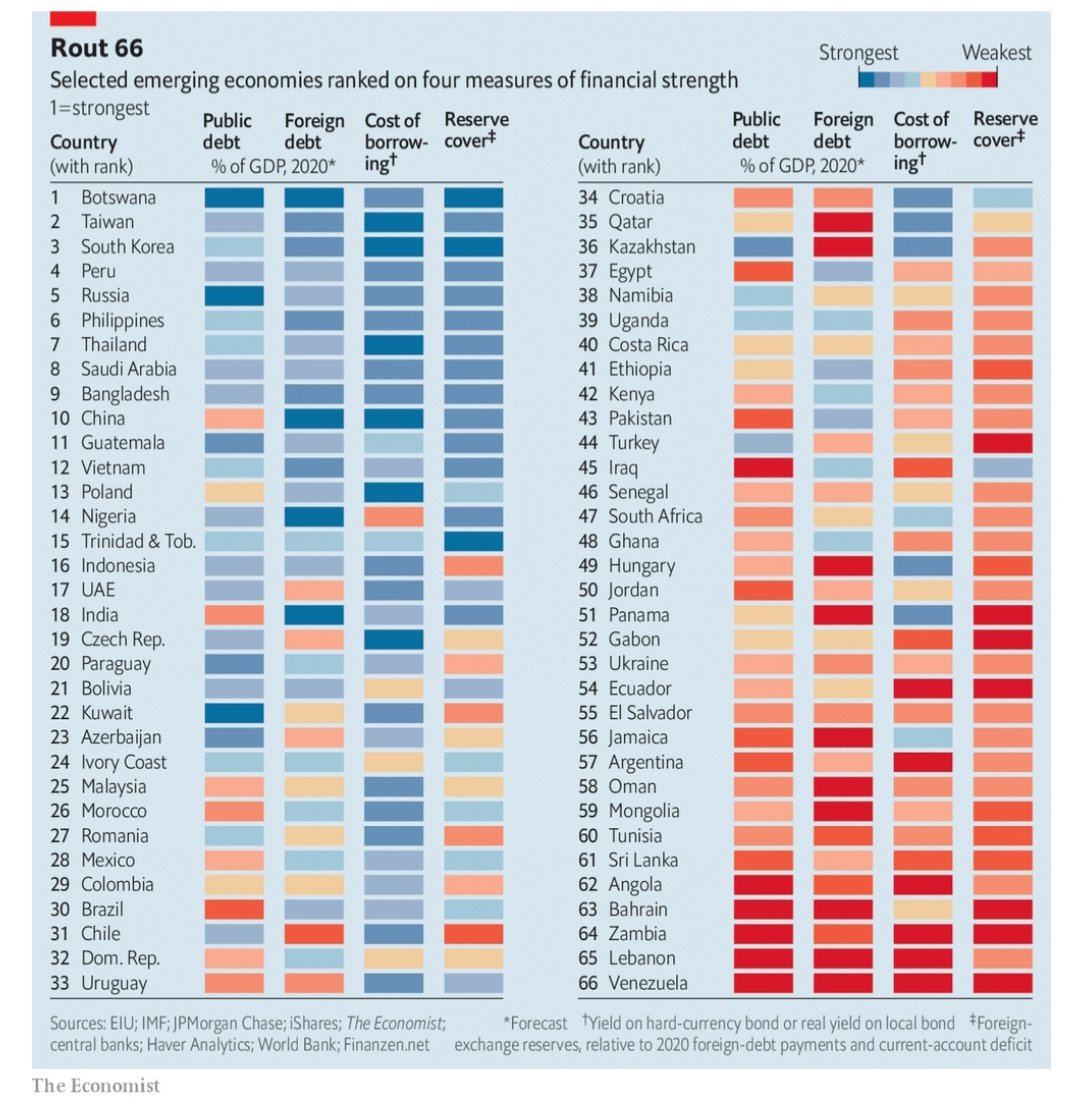 Roots Of “The Anioma Igbo” People By Cheta Nwanze: The Missing Points