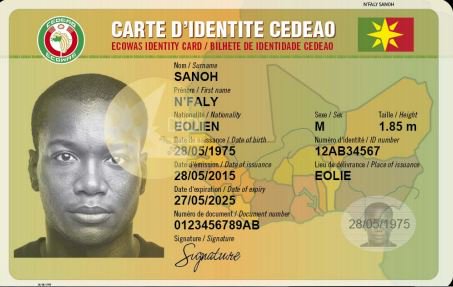 The president gave the commendation at the ongoing 50th Ordinary Session of the Authority and Heads of State and Government of ECOWAS, in Abuja on Saturday.

He expressed optimism that the single biometric identity card would also facilitate the establishment of a single currency in the sub-region.

Buhari noted that considerable progress had also been made in the areas of industrial policy, mineral exploitation, agriculture, environment, infrastructure, telecommunications and energy.

“The adoption of a single biometric identity card is also commendable and will facilitate the establishment of a single currency, while engendering free movement of persons.

“Considerable progress has also been made in the areas of industrial policy, mineral exploitation, agriculture, environment, infrastructure, telecommunications and energy.

“We also have in place a coordinated capacity to respond to the threat or outbreak of pandemics through the Regional Centre for Disease Control and Surveillance, which is now domiciled in Nigeria.”

On climate change, the president stressed the need for collective efforts by leaders in the sub-region to confront climate change.

According to him, the negative consequences of Climate Change, including the drying up of water bodies are real in the region.

Another adverse effect of globalisation, which we need to confront collectively, is Climate Change which is affecting our countries in many ways such as desertification, erosion, rise in sea level and flooding.

“This situation is further worsened by the near absence of response and adaptive capacities in our countries.

“The negative consequences of Climate Change, including the drying up of water bodies are real in the region.

“For example, Lake Chad, which was once one of Africa’s largest water reservoirs, has over the years shrank to less than 10 per cent of its original size, drastically affecting livelihoods of millions of people living in the Basin.

“This has resulted in environmental degradation, poverty, underdevelopment and displacement of peoples.”

He, therefore, stressed the need for a regional coordination framework that to reduce the impact of Climate Change in the sub-region.

He said that authorities in the region must embrace long-term measures to develop low carbon and climate resilient development initiatives.

The president emphasised that the Commission’s Department and relevant Institutions responsible for environmental affairs should be strengthened to enable them to combat the effects of Climate Change in the region.

He said: “Development Partners can also play crucial roles in the fight against Climate Change.

“Consequently, we must seek closer cooperation with the Development Partners in long-term solutions to combat this phenomenon.”

Buhari also remarked that since the launch of the ECOWAS Vision 2020 to transform ECOWAS from “ECOWAS of States to ECOWAS of peoples, our Community has accomplished remarkable progress in achieving Community objectives for a stable and prosperous West Africa.”

According to him, foremost amongst these achievements is the management of conflicts and the maintenance of peace, stability and security in the region.

He said that peace and security were the necessary ingredients for development “as one could not exist without the other.

“We have substantially enhanced our capacity for dealing with conflict as amply demonstrated in the quick intervention of the Community to douse tension and restore peace in Mali, Guinea-Bissau and Burkina Faso.

“The efforts of the Multi-National Joint Task Force, in combating terrorism in Nigeria and in the neighboring countries, have significantly degraded the capacity of Boko Haram in the region.

“Even though sporadic attacks on soft targets have been recorded in the past few weeks, just as we have sustained the military pressure on the terrorists.

“We have every right to feel proud of these achievements which have moved us to the realisation of the objectives for which ECOWAS was established, namely the promotion of peace, security and economic integration.”

He, however, called on the regional leaders to pay greater attention to conflict prevention mechanisms in the region to sustain these gains and manage conflicts more effectively, saying that “prevention is cheaper in every respect”.

He also urged them to devote more resources to Early Warning Mechanisms in order to develop an effective Conflict Prevention Strategy.

“We also need stronger political will for Peace -Keeping Operations in our sub region as we have done in the past,” the president said.

Operation Python Dance and the death throes of a failed state

Magu, DSS, Saraki, Buhari & the intrigues of a corrupt cabal