Ecowas Moves To Improve Electioneering In The Region 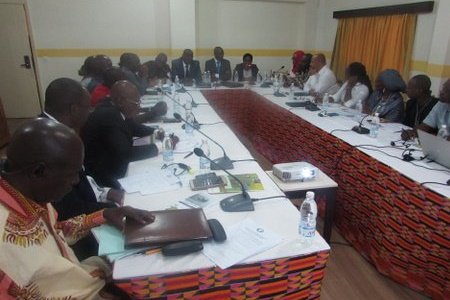 The capacity of poll observers should also be improved through regular training with the duration of each Long-term mission extended to a minimum of 45 days to ensure more comprehensive coverage of the country and a thorough assessment of all critical phases of the electoral processes before, during and post-election period.

These were some of the key recommendations of the experts in a Communiqué at the end of their two-day LTEOMs review workshop in Abidjan, the Ivorian capital on Tuesday, 28 February 2017.

From 2014, ECOWAS with the support of development partners has deployed limited numbers of Long-term election observers for about 30 days on each occasion.

The Long-term observers are later joined by a larger number of short-term missions, which concentrate mainly on activities during election days.

This arrangement often left parts of the countries uncovered with telling gaps in the assessment mechanism and reporting system.

The Communiqué recommended that in addition to capacity building and professionalization of a Core Team within each LTEOM, ECOWAS should also take up the initiatives for the following-up and implementation of recommendations contained in the election observation missions’ reports.

The experts acknowledged that LTEOMs “have effectively contributed to the decision-making of key electoral stakeholders during all phases of the electoral process that have helped in mitigating conflicts in a number of Member States,” adding that “the Reports should be timely, and evidence-based to enhance immediate and impactful response from ECOWAS.”

“Technical and functional Situation Room for real time analysis and intervention should be systematically set up for every mission,” the Communiqué said, emphasizing that LTOMs’ reports should be made accessible online for civil society and other stake stakeholders to follow up on recommendations.

The linkages between the ECOWAS early warning system and the LTEOMs should be enhanced for the mitigation of risks of election related conflicts, the experts recommended, and urged ECOWAS to strictly ensure that Long-term observers adhered to their code of conduct and apply sanctions when necessary.

They also called for further review of the LTEOM Guide and the harmonisation of the template for final reporting.

It also assessed the impact of the long-term observation approach on the quality of ECOWAS election observation as a tool for conflict prevention and deepening of democracy in the region.

The meeting was attended by more than 20 experts who have served as ECOWAS Long-Term Observers, officials of the ECOWAS Commission, the ECOWAS Network of Election Commissions (ECONEC) Secretariat, and representatives of GIZ and the Electoral Institute for Sustainable Democracy in Africa (EISA).

The implementation of the experts’ recommendations, particularly an increase in the number and capacity of observers on Long-term missions and the extension of each mission’s duration, is expected to improve the quality and integrity of election observation with positive impact on the ECOWAS conflict prevention mechanism and the entrenchment of democratic practice in West Africa.

FG has abdicated its responsibility in Rivers State – Governor Wike