Edo State Banana Republic; what will be Obaseki’s Legacy 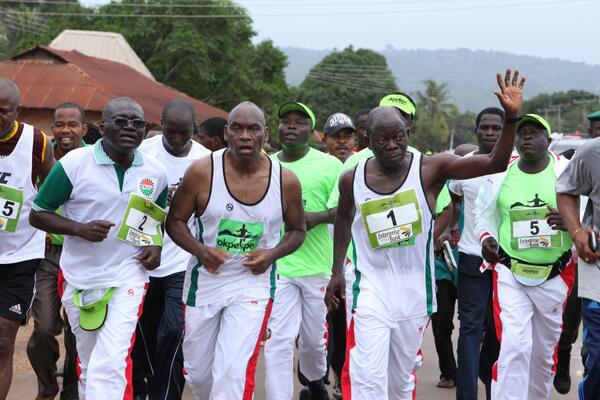 Let me congratulate Governor Obaseki on his new job as the caretaker of Edo State for the next four years. It is a monumental responsibility to conscientiously run the affairs of a State especially in a country like Nigeria; that is why the people of Edo State voted for someone they believe will put their interest first and not party or political patronage.

Governor Obaseki must understand that he can decide to be on the wrong or right side of history. Understanding the historical distrust that the Edo people have for anyone named “Obaseki” yet they gave him this opportunity, Governor Obaseki is carrying on his shoulder a generational burden. He can either perpetuate the betrayal of the Edo people (as Agho Obaseki betrayed Benin Kingdom) or earn the respect of the Edo people by doing what is right at the expense of pissing off folks that would want free access to the peoples purse.

The present ungodly, unreasonable and arrantly callous bill by the Edo State House of Assembly (EDHA) to give a pension package of 300 million Naira to past governor and deputies is an insensitive insult to the poverty stricken people of Edo State. The EDHA members should be ashamed of themselves for even considering such a bill. They have again and again demonstrated their ineptitude and utter disconnect from the daily suffering of the people.

As outlandish as this Bill might seem to the Nigerian people at large, it is not a surprise to majority of Edo people. It is no secret that EDHA is a House occupied by a bunch of directionless, uninformed visionless and classless opportunists that use cultism and thuggery to conduct daily business. We have seen them fight on the street like “Agberos”; we have seen them died in hotels while philandering with Edo State public funds; we have seen them take bribes to pass unjust laws; we have them prostrate on the floor for political favors; we have seen them bathe in the bush at night seeking spiritual powers to be in EDHA.

They drive around town in expensive cars bought with public funds and dress in expensive European perfectly fitted brand name suits calling themselves “comrades” with no inkling about public service. Some of them cannot even express themselves in simple correct grammatical construction calling into question their educational training.

These are the best and brightest minds running EDHA? What else shouldn’t we expect from them? They have turned Edo State into a Banana Republic. The past Governor was with them for eight years and knows that their minds are so small. If they were smart and right thinking people they would have seen that such a bill is an assault and affront on their intelligence

The ball is now in the court of Governor Obaseki. The Edo people will hold him accountable. In the meantime, let me give the Governor a piece of advice – It does not matter who sponsored your campaign or whoever you think you owe favors that you MUST redeem. Listen, as the Governor giving a mandate by the people, you must be your “own man” to do what is right and just for the people. The people will always be on your side!

At the end of the day, whatever goes right or wrong in Edo State will be on Governor Obaseki’s name and family’s legacy and not those that will try to use his administration to divert public funds. Take lessons from the pasts and be on the right side of history.

I wish Governor Obaseki good luck and look forward to seen a prosperous and developed Edo State during your governorship. May God bless the good people of Edo State and may God bless the Federal Republic of Nigeria.

Tribute To Henry Odugala – A Man Of Courage And Sincerity