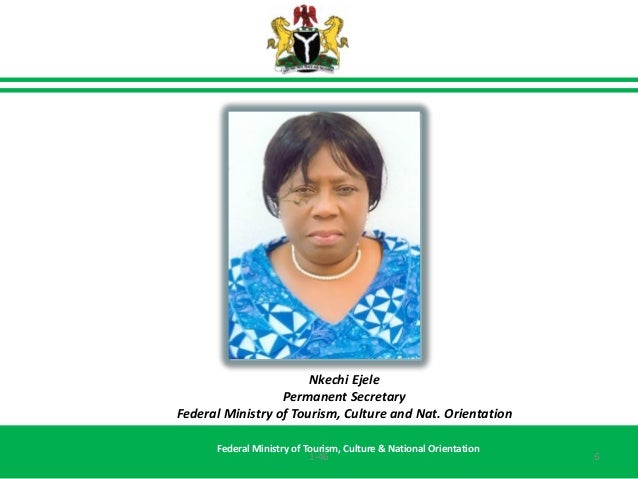 The immediate past permanent secretary in the Ministry of Culture, Tourism and National Orientation, Nkechi Ejele, is currently being interrogated by the Economic and Financial Crimes Commission, EFCC, for her role in the alleged misapplication of funds meant for the Subsidy Re-investment and Empowerment Programme (SURE-P) appropriated to the Ministry in 2013 and 2014.

Sources at the Commission, disclosed that Mrs. Ejele arrived the headquarters of the agency at about 10am, on Thursday.

She is still being interrogated by operatives of the commission.

Mrs Ejele was deployed from the Office of the Head of Civil Service of the Federation (Manpower Development Unit) to the Ministry of Tourism, Culture & National Orientation on March 6, 2013.

She remained in that ministry until she was removed by President Muhammadu Buhari on November 10, 2015.

A former chairman of SURE-P, Christopher Kolade, recently said he resigned his position in 2013 because its operations were becoming tainted with corruption and politics, thereby losing its credibility.

He said some officials of the administration of former President Goodluck Jonathan were practising “something that was lower than the transparency”, expected of an interventionist agency like SURE-P.

He said he met resistance when he raised the issues as he was overruled by some powerful forces within the administration.

Beyond the Tribunal Ruling in Taraba Governorship Election