EFCC presents video evidence against Dudafa and one other 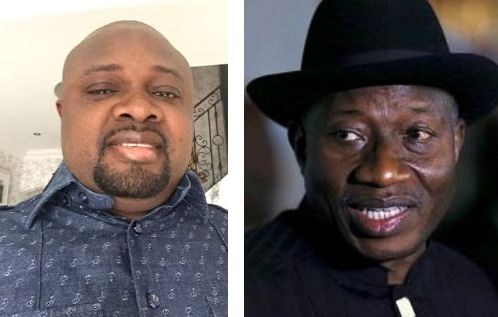 A trial within trial of a former aide to ex-president Jonathan, Mr. Waripamo-Owei Dudafa, and one other continued before Justice M.B Idris on December 16, 2016 at a Federal High Court sitting in Ikoyi, Lagos.

The trial within trial which commenced on December 14, 2016 sought to address the bone of contention at the last adjourned date which was on the admissibility of the statements and asset declaration forms of the first and second defendants who insisted that said forms and statements were obtained “extra judicially”.

Justice Idris however ruled that the Economic and Financial Crimes Commission, EFCC, was in order and admitted the documents in evidence as exhibit F3.

He was asked to give his reaction to the objection of the defendants. “My Lord, these statements were voluntarily made by the first and second defendants after they were duly cautioned and informed of their rights to legal representation. For the second defendant, his lawyer was present and for the first defendant, sometimes his lawyers were present. The statements were taken in a public place which is well air conditioned and conducive. Furthermore, the doors are always closed but not locked; anyone is allowed to come in”, he said.

PW 7 also confirmed the signatures of the defendants on their attestation forms.

Prosecuting counsel Oyedepo asked PW 7 if he or any member of his team ever threatened or induced the defendants into making statements to which he answered “no, we never did such”.

Abumere asked if the second defendant’s lawyer was present when he wrote up to nine statements to which PW 7 answered “Yes. And if I can remember clearly, you were the one”.

Asked to discuss is role in the attestation forms of the second defendant, he said “on the 3rd of June 2016, Detective Abdullahi Tukur who is my colleague, approached me for the attestation of Mr. Iwejuo, the second defendant. He brought Mr. Iwejuo’s statement to me and I explained to Mr. Iwejuo the reason he was brought to me. I told him we will look at the process leading to his statements. I proceeded to ask him if he was cautioned leading to the making of those statements and he said yes. I asked him if he understood the cautionary words and he answered yes. I recorded my findings in the reverse page of the last statement and read my findings to him. I signed, he signed and his lawyer also signed”.

Counsel to the first defendant Gboyega Oyewole during cross-examination asked PW 8 if suspects in the custody of the EFCC are allowed to make phone calls to which he answered “Yes. Out of necessity if there is express permission from the investigating team or officer.

At the continuation of a trial within trial today, Prosecuting counsel, Rotimi Oyedepo introduced PW 9, Coker Oyegunle, an investigator with the EFCC.

Asked to discuss what transpired between him and the first defendant on the 3rd of June 2016, he stated that the first defendant was brought before him at the photographic unit of the Commission by another officer for the endorsement of his statement.

Oyedepo requested for exhibit ID1 and asked PW 9 to confirm the signatures on the statements which he did. Oyedepo also sought to tender the compact disc of the recordings and the certificate of identification.

Counsel to the first defendant Gboyega Oyewole objected saying the certificate was signed by a certain ‘Anosike Augustine’ and not PW 9. He opined that PW 9 could not be the subject of any test of veracity.

In his cross-examination of PW 9, Gboyega Oyewole asked if there were any officers with him when he took the attestation to which he answered ‘yes, Oghare Ogbole and Anosike Augustine”.

Prosecuting counsel, Oyedepo proceeded to introduce PW 10, Anosike Augustine who stated that his job entails taking the photos/videos of suspects and covering crime scenes. He stated that on the 3rd of June 2016, a suspect was brought to him for the endorsement if a confessional statement and the whole event was recorded by camera.

He was asked if he has copies of the attestation exercise and if he would be able to identify it if he saw it to which he answered ‘yes’.

The compact disk, together with the statement, was tendered in evidence as exhibit TWTA.

Oyedepo sought his Lordships leave for exhibit TWTA to be projected and visualized in court.

The video showed an untroubled Dudafa answering all the questions put to him on the validity of his statement in the affirmative.

PW 10 also explained that a few glitches during the display of the recording may have been caused by dust.

Counsels to the first and second defendants Gboyega Oyewole and Sunday Abumere respectively, asked the court for a short date to come back and cross-examine PW 10 as they needed to seek technical advice.

Prosecuting counsel Oyedepo offered a divergent view. He stated that in the course of their defence, counsels will have the opportunity to bring witnesses since they made the allegations that the statements and asset declaration forms by the first and second defendants were obtained “extra judicially”.

Justice Idris adjourned the matter to January 23 and 24 for continuation of trial within trial.