Egypt became the first casualty of the 2018 FIFA World Cup being hosted by Russia after losing to the hosts in the second Group A match played in Saint Petersburg Stadium on Tuesday.

It seems that the Russian team are determined to go far in the World Cup, putting on a near-perfect start to the second half.

On the part of Egypt, their ambition has hit the rock as nothing can turn things around from here.

The first half had ended a goalless draw with Egypt looking a determined squad to spring some surprises.

All the high hopes were dashed, though, as the second half kicks off and the state of play changed quickly.

Russia’s hero, Denis Cheryshev broke the jinx and scored his third of the tournament after a magnificent move by Mario Fernandes down the right side of the penalty area. 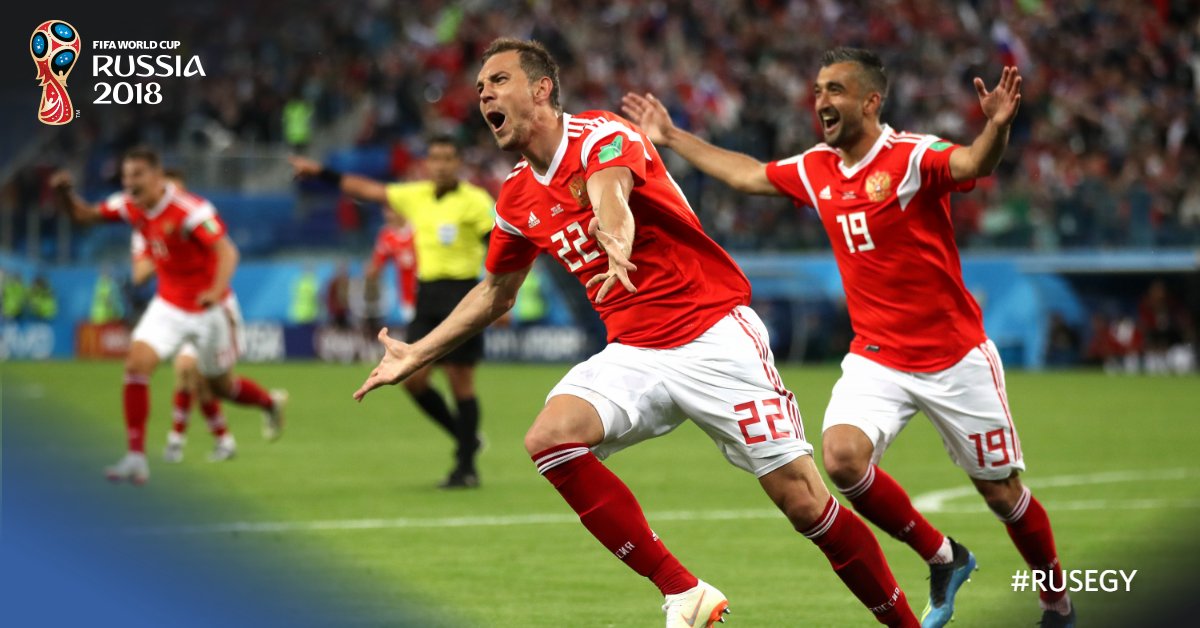 Russia’s goal came about in a curious fashion and quick succession:

Aleksandr Golovin had crossed the ball, with the goalkeeper pushing it away but losing his balance.

Roman Zobnin tried to take advantage with a  quick effort on goal, but Fathi who was fighting for position with Artem Dzyuba, deflected it right into the corner.

A good call by Russia’s Zobnin who realised that the goalkeeper and defence were out of position for a split second.

Elshenawy did what he could with the initial danger, but Ahmed Fathi ended up turning the resulting shot into his own net.

That’s the fifth own goal at Russia 2018 already. The most ever recorded at a World Cup was the six in 1998.

Egypt would later grab a consolation goal from the penalty spot at the Video Assisted Referee would confirm.

The kick was taken by Mohammed Salah who dared not miss the chance to drop something for Egypt in the bank. 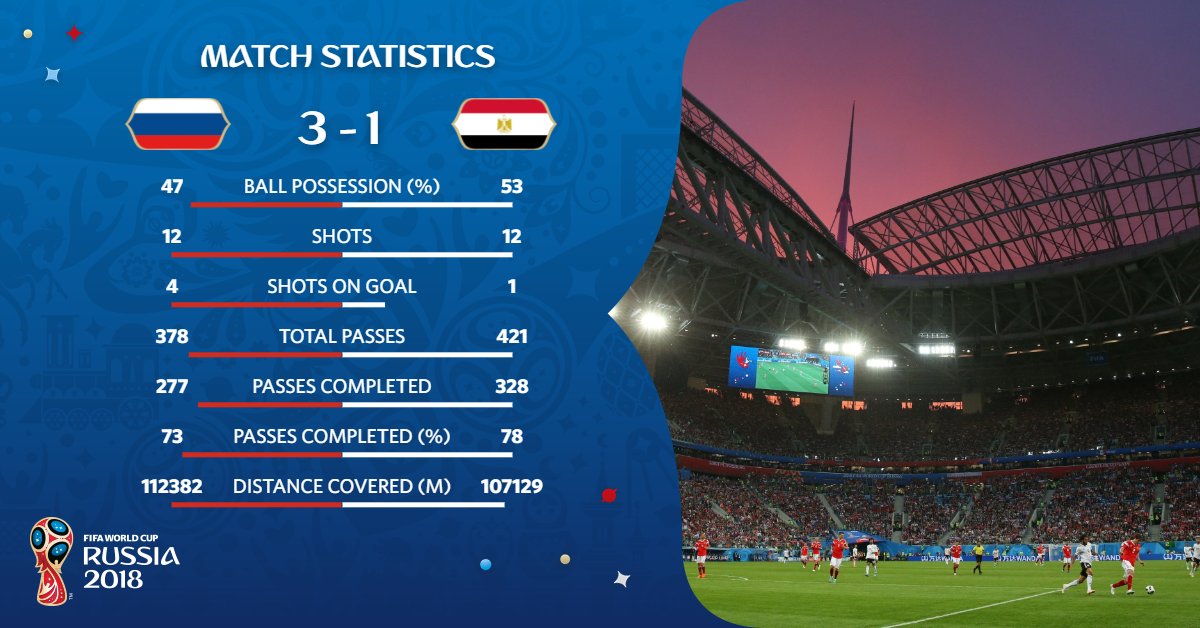 Russia maintained their 100% record and take a massive step towards the knock-outs!

Russia have now scored eight goals in their first two matches as the current match eventually ended 3-1 in their favour.

Russia has remain unbeaten at the World Cups against African countries, winning 4, drawing 1 and losing none.

Egypt remain winless against any UEFA countries at the World Cup winning 0, drawing 2 and losing. 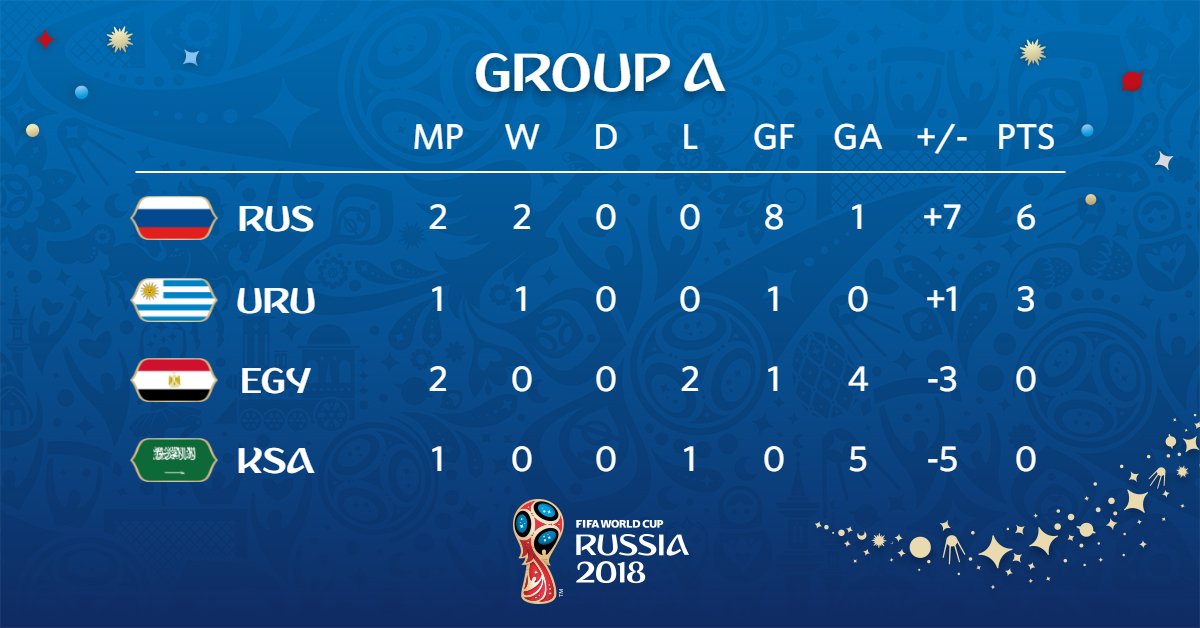