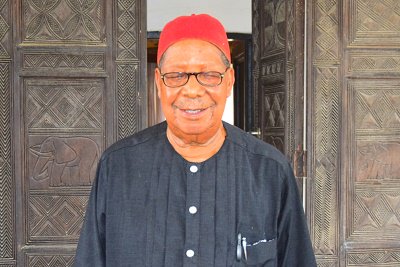 The summit is seeking to make the Southeast economy very competitive, according to the chairman of the organizing committee, Professor Bart Nnaji, a former Minister of Power who is one of the leading engineering professors in the world.

“The Eastern Nigerian economy was widely adjudged the fastest growing in the world by the mid-1960s”, said Nnaji in a statement in Enugu a few hours ago.

“The organisations and institutions like the Eastern Nigeria Development Corporation, Nigerian Cement Company at Nkalagu in Ebonyi State, Nigergas Company and Niger Steel  Company, both in Enugu, which employed hundreds of thousands of our people directly and indirectly are unfortunately no more, forcing millions of young men and women to go everywhere on the face of the globe except the Southeast for survival”.

Nnaji explains that the summit will not be about lamentations about the loss of “our glorious past or about marginalization but how the Southeast can take its economic destiny in its own hands.

“Frankly, the Igbo people who are known worldwide for scientific, technological and industrial ingenuity and tremendous business acumen should no longer depend on monthly allocations from the federation account or remittances from family members abroad.

“The fabulous social and economic progress which the Eastern Region made in the First Republic did not come about through dependency on the centre or handouts from our people living abroad, but through effective and efficient harnessing of resources, including trained human resources, for the good of all”.

The ex-minister, who is chairman of Geometric Power Ltd which built the integrated Aba plant for $520m in Abia State, says a substantial part of the summit will deal with security issues in the Southeast geopolitical zone because experience has demonstrated eloquently that development cannot take place in an atmosphere of insecurity.

“The high level of kidnappings for ransom and armed robberies which we witnessed in the Southeast”, he recalls, “resulted in massive exit of the zone by both businesses and individuals to places like Lagos and Abuja.

“We are, therefore, glad that some of the finest minds who have worked in Nigeria’s security architecture in recent times are actively involved in the process of the economic transformation of the Southeast.

Speaking earlier to newsmen in Enugu, Professor Onyi Franklin Nwagbara of Nile University in Abuja who is secretary of the organizing committee, commended President Muhammadu Buhari and former President Olusegun Obasanjo for supporting the summit.

He said: “President Buhari shares our view that Nigeria cannot experience rapid economic development unless various component groups of the Nigerian federation begin to see themselves as authentic development centres rather than units which depend on handouts from the centre to pay salaries and perform other basic functions.

“The president’s personal support for the summit is quite significant and strategic because the kind of quantum leap in development which we are working towards cannot happen without Federal Government’s support.

“Ex-President Obasanjo, who appointed such Southeast persons as Dr Ngozi Okonjo-Iweala, Mrs Oby Ezekwesili and Professor Charles Soludo to high positions, shares our enthusiasm that the Southeast return to its pre-civil war status as one of the fastest developing economies in the world”.