Ekwulumili Genocide: Police yet to release autopsy 6 months after 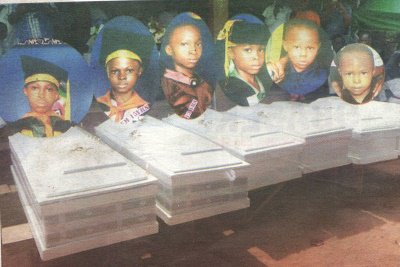 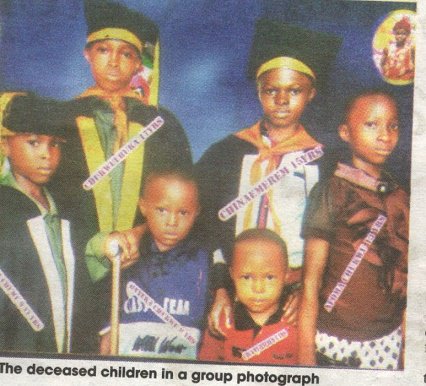 Uneasy calm pervades the sleepy town of Ekwulumili Community in Nnewi South Local Government Council Area of Anambra State since the mysterious death of six children of the same parents 6 months ago.

Facts emerged recently that the situation  had also been compounded following the absence of police autopsy six month after from the state  homicide squad state CID Awka Anambra State police command  which collected the samples of the diseased particulars before they were buried.

When the PPRO ASP Nkiru Nwode was contacted, she said she was not in position to give any answer.

All other phone calls put across to her were not answered, but the Elders of the community confirmed that they are yet to get the result.

It would be recalled that on the 16th July, 2016, the sleepy town of Ekwulumili was thrown unto darkness in the broad day light as the six children of the same parents died one after the other in less than an hour.

This tragic incident had several interpretations which meet community, police and Anambra State government to embark on different voyage to unravel the circumstances that led to the sudden death of those children of the town took to the street charting war song demanding immediate answer from the Elder of the community.

Among those who were accused was the father of the diseased children who belongs to the brotherhood of cross and star, a church which most people belongs in a secret society.

Another victim was the first wife of the father of those children whom family source said she abandoned the marriage because she refused to join her husband in the same church.

The six siblings namely Chukwuebuka 17, Chinemerem 15, Afomachukwu 13, Chekwubechukwu 11, Onyekachukwu 9, Chukwuziterem 6 had returned  from school on the faithful day and after eating their lunch or a flour meal developed stomach upset and within few munities died one after the other.

Specification was however roped that the children had used them in exchange of spiritual powers a claim nobody was able to substantiate.

President General of the community, Chief Ugochukwu Eweluaku said that Ekwulumilli is a peaceful town and has always lived in harmony showing  love to one another by instituting scholarship scheme while some wealthy individuals donates  tricycle, motorcycle, cash to the unemployed youths to be self-employed and that is why the rate of crime and youth restiveness were reduced to the barest minimum in the community.

According to him, Chief Emeka Chukwuebe, Donatus Onusolu, Odinaka Ojukwu, Onwu Ezeoke and Lawrence Ezeifeka individually and collectively have made tremendous contributions to develop the community.

He said the state government will commission a 50 kilometer road project built by Chief Ojukwu, in the town this festive season while over 200 students of the community in University and tertiary institution are on scholarship.

The President General, however disclosed that the community is still awaiting the result of the autopsy conducted on the unfortunate children and will not rest on their oars until the cause of their death is made public.

“We will not even mind to exhume the remains to conduct a fresh one if the Homicide square are finding it difficult because the community would not allow anything to dent their image.”

It was gathered that the youths of the town are regrouping for a shown down, putting their axed together against the Elders of the community.

But Chairman of the Elders forum and Elder statesman in the community, Chief Patrick Dim Anyichie told our correspondent that normalcy is gradually returning to the town as they keep doing everything to unravel the mystery.

He went memory lane, tracing the origin of the town to about 15th century during which he noted that such has not happened in the recent time or recorded anywhere in the history of their history.

“Ekwulumili as a town in Nnewi South Local Government Area, Anambra State is never known for calamity and has been the most peaceful town in the council area and even Anambra State.

“We have 14 Villages made up of 25 political Wards under the watch of HRH Igwe G.O Umeanadu, the Eze Onyeolulu.

“Our God’s fearing community don’t harbour criminals or cultist neither do we condone any evil that is more reason why the youth reacted and we welcomed it, but we all should look inward and at the end of the day God must answer us.

“That is our position. The community is also run by a constituted legally instructions like the Ekwululmilli development union (EDU) with a written constitution and other traditional institutions.

“So what happened in our community in tragic but we cannot question God.

“As patrons of the community, we have been pleading with the youths to calm down and join in the search for the mission object in the water.

“Nobody is hoppy and I am quite sure that God will reveal the circumstance, because nothing is hidden under the sun”.

Food poising, according to him, is one endemic thing that the federal government should look inward and find a lasting solution to .

No power can bring me down – Governor Wike boasts