The fact that Uche Ekwunife remembered to host a town hall meeting ‘for her constituency’ only after she had lost her position is a tragedy of leadership and representation in Anambra and the Southeast. 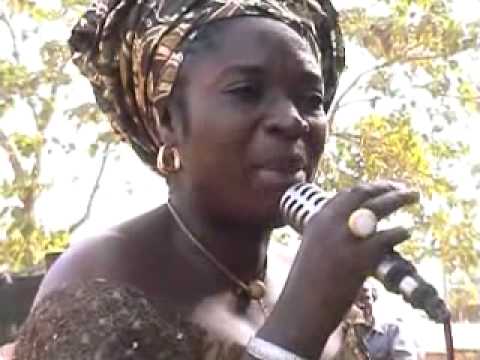 Our great party implores the people of Anambra Central Senatorial District to see through the packed deceit  of the Uche Ekwunife camp and the PDP and vote her out in the repeat elections which pain was created by her rigging and that of Chief Victor Umeh.

The fact that Mrs. Uche Ekwunife sacked Senator who stood on nothing to represent Anambra Central State illegally remembered to host a town hall meeting ‘for her constituency’ only after she had lost her position is a tragedy of leadership and representation in Anambra and the Southeast.

In places where people think of their future with seriousness, it is enough for the electorate to vote her our resoundingly.

That the so called constituency town hall meeting was people by only PDP persons and was not given prior announcement, underbellies the deceit craftily being packaged by those who used armoured cars to determine the outcome of March 28, Senatorial Elections, now annulled.

That the so-called communique which made wild reference to items not found in the records of the Senate was signed by persons from outside Anambra Central Constituency, concludes the wave of deceit to a point where no further proof is required to understand that Anambra Central may be dealing with something not straight-forward in the candidature of Uche Ekwunife, which was only enforced the last time.

That Ex=Governor Peter Obi who is yet to account for his false claim around the N75bn self-acclaimed funds said to have been banqueted to Anambra State, is endorsing Mrs Ekwunife  as ‘one who is strong in the centre’ is both ambiguous and duplicitous.

In the same vein, it has become necessary to clarify that unlike what was canvassed in that hollow town hall meeting, the Court of Appeal never said Uche Ekwunife won the senatorial election, rather the appellate court in its judgement averred that having decided that she was a product of an invalid primaries, it would be unnecessary to go into all other issues as ‘you cannot put something on nothing and expect it to stand’.

Ekwunife’s claim to victory in the annulled elections stands on nothing, and if she and other persons in the Senate had done what they were supposed to do, a law would have been in place to punish electoral offenders, instead of just annulling their elections and allow them to go and rig again. But she and her ilk foresaw the current situation and sat on the progress of those laws.

We urge Ndi Etiti Anambra to ignore Uche Ekwunife’s entreaties to return to the Senate and serve in areas more beneficial to herself than her constituency and vote for APC, where the consideration is always in favour of the public good.

Entering 2016 with Trepidations – by Olusegun Adeniyi