El-Rufai Replies Atiku‎: You are haunted by your corruption antics 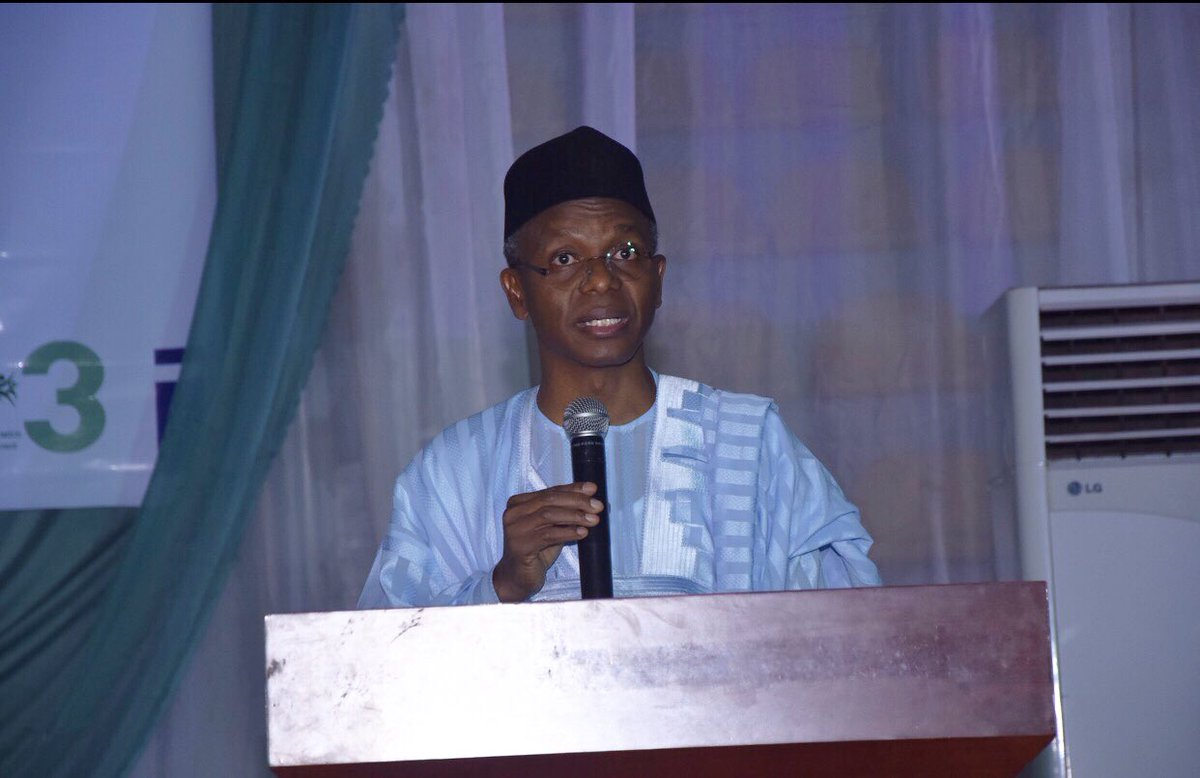 This statement is issued in response to the latest falsehoods to emerge from Alhaji Atiku Abubukar. He has a record of spewing outright lies and innuendo against my person. As we struggle to build a law-abiding society and secure progressive outcomes for our people, we cannot allow the triumph on these shores of those who will have us move to a post-factual world.

Not even from a man as practiced as Alhaji Atiku is in the dark arts of damaging other people through a campaign of lies from him and his media machine.

Therefore, I am constrained to provide a response to the fake news and irresponsible revision of recent history by Alhaji Atiku. I never had anything to do with the incorporation of Transcorp. Those that established that company and fronted it like Festus Odimegwu, Tony Elumelu, Otunba Lawal Solarin and Ndi Okereke-Onyiuke are still around and alive. As such I could not have and did not offer Alhaji Atiku any shares in Transcorp.

I declined the shares that were offered to me. Having done that, how could I have offered anyone shares? In fact, I advised President Olusegun Obasanjo, Alhaji Atiku and then finance Minister Ngozi Okonjo-Iweala not to accept the shares that were then being offered by the promoters of Transcorp.

My counsel to them was based on the grounds that they would face conflicts of interest when Transcorp bids for privatization assets. At the time Alhaji Atiku and Ngozi were chair and vice-chair of the National council on Privatization, and were particularly directly involved in approving the sales of state-owned enterprises and assets.

It is too late in the day to try to pretend that the fiasco concerning the attempt by then Senators Ibrahim Mantu and Jonathan Zwingina to extort money from me for Senate clearance never happened. All Alhaji Atiku has just done is confirm that he paid the Senators, as I revealed in Page 139 of my book. When I published The Accidental Public Servant in 2013, Alhaji Atiku unleashed his media team in a campaign of vilification.

Despite the viciousness of the attacks, they did not contest or explain away his shenanigans that were detailed in the book, from the Ericsson manoeuvre, to the Abuja water treatment plant contract and his obsession with marabouts and their assurances of the political big prize.He might also consider a full reckoning for what he and his acolytes did with public funds in the PTDF imbroglio, rather than indulging the usual bold face of the Nigerian big-man.

As a federal public servant, my oath of allegiance appropriately stood with the Federal Republic of Nigeria, not the big men whose conduct I was privileged to witness at close quarters. People like Alhaji Atiku think that loyalty to them should be the goal of a public officer, and that it should trump the oath of allegiance to the country.

Alhaji Atiku is already running for 2019, and he thinks that he can make people like us collateral damage in his attempt to rejuvenate his image. This obsession for power inclined him to support the rebellion against the party that manifested in the National Assembly, and is continuing with obvious disrespect for the incumbent president.

Everyone knows that I support and will continue to work for the success of President Muhammadu Buhari as he leads our country through tough times. Like everyone else, Alhaji Atiku is entitled to rehabilitation.

But that often requires coming clean with the people. Can Alhaji Atiku explain the findings in the report of the United States Senate Permanent Sub-Committee on Investigations which detailed a pattern of wire transfers of more than USD 40m from offshore companies like Siemens into bank accounts controlled by him and one of his wives.

The report detailing the US Senate findings is online, as one of four case histories of foreign corruption in the USA. Alhaji Atiku should tell a better tale of why he is avoiding the United States of America. Someone as obsessed with Nigeria’s presidency as he is, should clear up such matters conclusively. We wait to see how well he does with that. Signed Nasir Ahmad El-Rufai 15th November 2016‎

Sanofi, a French firm takes war against diabetes to Nigeria

Dasuki Rejected offer to Visit his father on sick bed