El-Zakzaky flown abroad for treatment in France, back to Abuja

Security sources revealed that due to the seriousness of the injuries the Shiite leader sustained, he was secretly flown to France by FG some weeks ago for treatment. 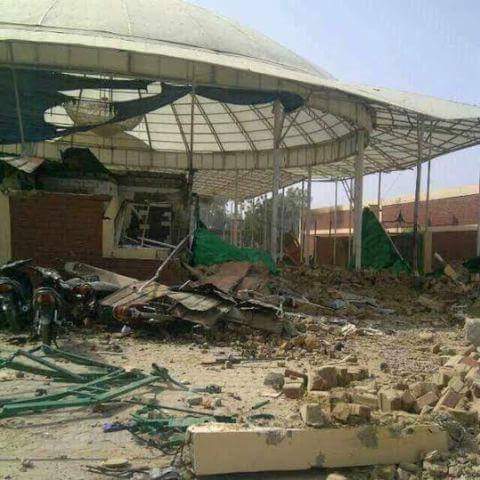 The destroyed edifice of leader of the Islamic Movement of Nigeria, Sheikh El-Zakzaky

The battered leader of the Islamic Movement of Nigeria, Sheikh Ibrahim El-Zakzaky was, unknown to his family members, flown out of Nigeria for treatment of gunshot injuries, reports Vanguard.

The injuries were inflicted on him during the encounter between his supporters and members of the Nigerian Army last year.

It would be recalled that during the bloody encounter between members of the Shiites and the Nigerian Army, several members of the sect were killed while many others sustained various degrees of injuries with some still on admission at the Ahmadu Bello University Teaching Hospital in Shika near Zaria.

The fracas occurred when members of the sect allegedly blocked the Zaria-sokoto road and prevented the convoy of the chief of Army staff from passing through despite several entreaties.

Sheikh El-Zakzaky allegedly sustained several gun shot wounds with some reports claiming that one of his eyes was affected during the encounter.

Since the clash between the sect and the Military, his whereabouts has been shrouded in secrecy until vanguard exclusively revealed that he was moved from Kaduna to a safe house in Abuja belonging to one of the security services.

However, according to Vanguard, several security sources who are knowledgeable in the matter revealed yesterday that due to the seriousness of the injuries the Shiite leader sustained, he was secretly flown to France by the Nigerian government some weeks ago for treatment.

He was secretly returned to the country two weeks ago.

One of the sources said: “it is true that the federal government flew him out of the country for treatment.

“He was stabilized before he was brought back to Nigeria.

“The government did not want to take chances by keeping him in the country.

“We did not want a repeat of the incidence with the late leader of the Boko Haram movement whose death in custody exacerbated the crisis in the north east”.