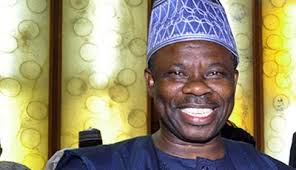 The Governorship Election Petition Tribunal has upheld the election victory of Gov. Ibikunle Amosun of Ogun state held in the April this year.

Isiaka had alleged that irregularities occurred during the election.

Isiaka said the votes credited to Amosun in nine of the 20 local government areas were invalid on grounds of fraud, malpractices, ballot snatching, stuffing and outright rigging.

He had, therefore, prayed the court to declare him as the winner of the election having scored the highest number of valid votes cast at the election.

The chairman held that the claims of the petitioner were largely unsubstantiated and the proofs grossly insufficient to support his allegations.

He said the responsibility of proving the invalidity of the votes credited to Amosun which rested on the petitioner was not properly discharged.

“He has also failed to show that the alleged non-compliance of the polls with the Electoral Act 2010, as amended, substantially affected the overall result of the election.

“The petition is long in allegations but pitiably short in evidence to prove them.

“The petitioner has failed to prove his case against the respondents either on balance of probability or beyond reasonable doubt.

“The election petition filed by the petitioner on April 30, 2015 against the return of the 1st respondent lacks merit and it is accordingly dismissed.

“The election of the 1st respondent and the Governor of Ogun State on the platform of the 2nd respondent in the April 11, 2015 poll are hereby affirmed,” he said.