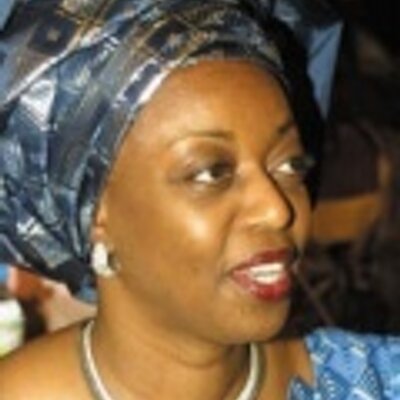 Court admits e-mail trail between Fidelity Bank MD and Diezani’s son containing list of those who benefited from $115m election bribe as exhibit.

This comes on a day Justice Rilwan Aikawa of the Federal High Court sitting in Ikoyi, Lagos, on Wednesday, November 1, 2017, dismissed an application by a former Minister of Petroleum Resources, Diezani Alison-Madueke, seeking to be joined as a defendant in a N450m fraud case.

Justice Aiwaka admitted as evidence a document containing the e-mail trail between the Managing Director of Fidelity Bank and Ugonna Madueke, a son to the former Petroleum Minister.

The document tagged exhibit 10, among others, contains a list of the names of people who benefitted from the $115,010,000 paid into the Bank by Allison-Madueke.

At the sitting on Tuesday, October 3, 2017, the prosecution had sought to tender the document, but the defence  objected to its admissibility.

Shofunde, SAN, had objected to the admissibility of the certificate of identification as well as the attached documents on the grounds that they failed to comply with the Section 84 of the Evidence Act.

Shofunde had also said that the verification of the certificate, which is a condition precedent to the admissibility of the attachments, could only be done either by an expert or a witness who is familiar with the use of the computer.

Also, counsel to the second defendant, Tunji Ayanlaja, SAN, had also adopted the submissions of Shofunde.

In his response, Oyedepo, who replied on point of law, had said the objection raised by the defence was misconstrued.

“The opening paragraph of the certificate itself speaks volume of the manner in which the documents we are seeking to tender was generated.

“I submit that paragraphs 1 and 2 substantially comply with the Section 84 (2b) of the Evidence Act, as the certificate clearly certifies that the documents were supplied to the computer in the ordinary course of the activities of the bank and that the computer was used regularly to store or process information’, he said.

However, in his response to the submission by the prosecution counsel, Shofunde had said that there must be evidence of the person who signed the document before the court.

The prosecution counsel had further faulted the argument by counsel to the first defendant that the witness could not give direct oral evidence in the matter.

“The document referred to in Section 84(1) is not the certificate itself, but the document intended to be tendered, which is the extracts of the email.”

Oyedepo, had, therefore, urged to either accept the certificate or call for oral evidence by the certifying officer.

Oyedepo had also said that procedural irregularity shouldn’t lead to total rejection of the document, adding that “In the event that my Lord says that there is no proper certification, I urge your Lordship not to reject the document but to direct the prosecution to properly certify the document.”

In his ruling on the document today, Justice Aikawa said: “I am persuaded by the prosecution’s argument that the witness can tender the document found by him in the course of investigation.

“I agree that substantial compliance was met, contrary to the argument by the defence counsel.

“I hereby overrule the objection of the counsels to the first and second defendants and admit the document as exhibit 10.”

While giving further evidence, prosecution witness, Usman Zakari, explained that the names of both defendants were on the list and that they both benefitted the sum of N450m.

The witness said the defendants did not tender any cheques to Fidelity or any financial institution to receive the payment of the sum of N450m.

Zakari also told the court that a businesswoman, Bola Shagaya, was included in the list.

He, however, said that Shagaya did not sign for the sum of money written against her name in the list.

The witness added that the first defendant gave the sum of N50m in cash to one Sheriff Shagaya without going through any financial institution.

Thereafter, counsel to the first defendant brought an application for the release of the international passport of his client to enable him attend a conference slated for November 14, 2017 in Ghana.

Though the prosecution did not oppose the application, he urged the court to ensure that the defendant, who was granted bail on self-recognition, return to continue with his trial.

The judge, while granting the application, ordered the defendant to write an undertaking that he would not jump bail.

Justice Aikawa also directed the court registrar to release the international passport to the first defendant.

The judge further directed that the first defendant must return the passport to the court registrar on or before November 22, 2017.

Justice Aikawa adjourned the case to November 13 and 14, 2017 for continuation of trial.