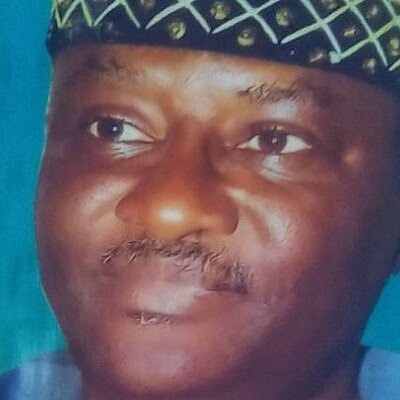 Emenike Ihekwaba is an adult Nigerian citizen from Imo State. He is not three years old as the title of this piece may confuse anyone who is not patient

enough to read through this spirited request and intervention. Quite contrary to any mistaken belief, it is rather that it has been three years since the government, to which the man served meritoriously for about twenty-eight years, and its various law enforcement agencies neglected their constitutional responsibility in resolving his fate. The alleged inaction and sheer neglect of the powers that are in all tiers exemplify the persisting failure of the state, in its ramifications, to account for its missing subjects in parts of Nigeria. It is very shameful.

Imo State is the crime scene where this ranking governmental official reportedly went amiss in broad daylight and under the nose of the government he served. His immediate boss, Jude Agbaso was the then Deputy Governor, just as Anayo Rochas Okorocha was the Governor and Chief Security Officer, as he is still today. But under their watch, Emenike Ihekwaba [pictured above], who toiled honestly in their offices, disappeared into thin air on August 26, 2012. This puzzling make belief plot has been sold by many at several fora and platforms. But the behind the scenes and denials have been tenuously stage managed to no avail, publicly and privately in both low and high places, and to media outlets without success. But the question remains unanswered: Where is Emenike Ihekwaba?

The disappearance of a loved one is excruciating in its intensity and pain but when the State is suggestively abysmal in its law enforcement expectations, it becomes even more severe and agonizing to fathom. No one who lives or transacts official government business in the heartland of Eastern Nigeria will admit ignorance of the harm done to the person and family of Emenike Ihekwaba. That is a fact. This man thought, quite fatally though, that honesty and playing by the books of lawful engagement were basic expectations of a public official in Nigeria. How wrong and naïve his present plight suggests for anyone to toe a similar path, much as the very institution he served dealt him an unjust devastating neglect.

Under their watch, Emenike Ihekwaba, who toiled honestly

in their offices, disappeared into thin air on August 26,

2012…the question remains unanswered: Where

Expectedly, Emenike’s case was reported to the highest echelon of government in Nigeria: the Presidency, Inspector General of Police, Department of State Security in Abuja and Owerri, as well as the Imo State Government. Today, no one cares to provide status update on their investigation other than trying to point the family in the wrong direction. But Emenike remains a human being and not just that missing permanent secretary in the Imo State Government House. Emenike personifies the fate that has befallen the honest Nigerian. You are damned if you don’t join the crew of impunity and dishonesty. And this sadness is fertilized everywhere by the sheer indifference of the State as well as the abuse of public conscience by government agencies. Regrettably, there has been some tenuous efforts to misinform the public on this case. And any spurious claim of serendipity is sheer hokum, for all it is worth.

This particularly irksome and unresolved abduction of Emenike leaves a tell-tale in its predictable footprints of suspicion. It appears that not only the powerful masterminds or perpetrators of this abduction can unearth the whereabouts of Emenike Ihekwaba. The law can do so since its enforcement agencies are equipped to resolve seemingly intractable cases like this. Reportedly certain abductions like this one have powerful masterminds and may involve solicitation of illicit payoffs, or as a plot to ostensibly cover tracks. It is therefore plausible, consistent with rational thought, that perhaps those with an incentive to get Emenike out of their path may know a thing or two about his whereabouts. Why is the State then not exploring such an obvious lead, instead of those two failed efforts to stage-manage illicit confessions?

As a follower of Jesus the Christ, Emenike assumed that serving the State with integrity, honor and honesty, as preached by the family patriarch, Francis Umelo Ihekwaba, who selflessly served the public as the Mayor of Port Harcourt from 1961 through 1966, was the best way to eke out a living. But when the very institution that one serves fatally neglects its duty of care to you with careless abandon, like the fate that befell Emenike, every reasonable person is wont to question if transparent civic sacrifice is actually the higher ideal it purports.

At times an exercise of gubernatorial influence, when peddled to its obscene extremity, distorts the polity and its moral plank whereby the team hirelings, as a show of loyalty, wittingly mete out injustice to an innocent person. In such incongruous situations, the conscience of the just is unwittingly assaulted or paralyzed because innocent bystanders are made by the powerful and insouciant to pay with their freedom or life. This ought not to be. No kingpin ought to wield tyranny in a democracy or even contumaciously impose self to the chagrin of the state. No such reprobate conduct is permissible in other climes, and therefore the local struggle to retain gubernatorial accoutrements ought not to promote such unbridled, wicked exercise of might.

Again, the question posed by the victim family, thusly – Where is Emenike Ihekwaba? – has been treated with disdain by the very entities constitutionally empowered to provide an answer. It has taken all of 36 months of overflowing emotions and doubtful faith in the government to receive a deafening, suggestive silence. It ought not to be this way. A real, caring government will respond to the cries of its citizens, who incidentally are the ultimate sovereign, without all the tenuous denials and disclaimers. In the case of Emenike Ihekwaba, it has been three solid years of solid indifference and callousness etched on the adamantine rock of impunity. But time will tell whether the evil that was hewed out of the thoughtless viciousness will hatch forgiveness from the creator of the universe.

For Imo to ever lay claim as the heartland of the nation, it must repudiate the murderous hypocrisy in its midst and find peaceful habitation with truth and the principles of natural justice. Certain manmade pitfalls that can easily erase a track record are easily planted with the blood of wickedness. Emenike Ihekwaba deserves his moment of justice, unless Imo has become a river of fear and cowardice, where might is right.