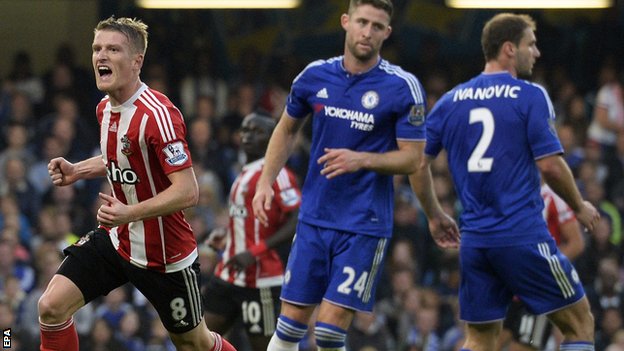 Chelsea’s terrible start to the season continued as Southampton came from behind to record a stunning victory at Stamford Bridge.

Steven Davis drove in an equaliser before Sadio Mane ran through after a defensive error to put Saints ahead.

Graziano Pelle’s angled finish sealed victory for Southampton, who climb to ninth in the table. Chelsea’s fourth defeat of the season leaves them 16th.

The Blues have taken only eight points from a possible 24 this season and are only four above the relegation zone.

IN OTHER PREMIERSHIP RESULTS

Nigeria @ 55: The Work In Progress