That really is that, as Chelsea made it 2-0 with a goal from Eden Hazard (91 mins) that sums up Arsenal’s day. The ball broached to Eden Hazard on the edge of the area

and his shot takes a massive deflection off Calum Chambers on its way past Petr Cech.

Gabriel and Cazorla red carded and dismissed for Gunners

Zouma opened scoring in the 53rd minute before Hazard strikes at 91 minutes. 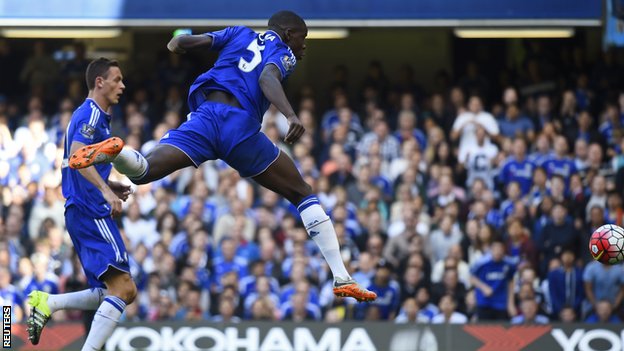 Kurt Zouma and Eden Hazard both scored to earn Chelsea victory over Arsenal, who ended the game with nine men.

Zouma headed in the opener in the 53rd minute before Hazard fired in late with a shot that went in off Calum Chambers.

Arsenal’s Gabriel was sent off in the first half for flicking his heel at Diego Costa, who was lucky not to see red for a swipe at Laurent Koscielny.

With 11 minutes left Gunners midfielder Santi Cazorla was shown a second yellow for a late tackle on Fabregas. 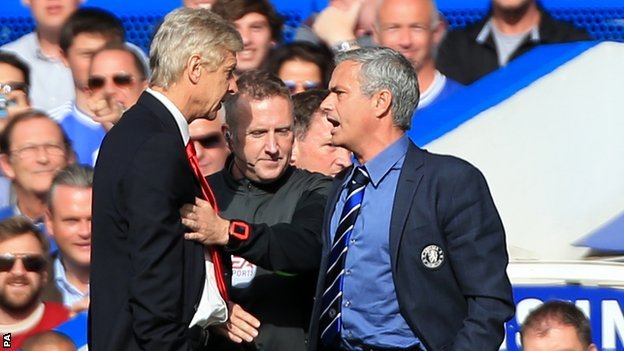 Arsenal manager Arsene Wenger says his side have no “cheap excuses” regarding a lack of preparation time for Saturday’s game at Chelsea.

Their Premier League game at Stamford Bridge kicked off at 12:45 BST.

The Gunners were beaten in Croatia by Dinamo Zagreb in the Champions League on Wednesday, the same day the Blues beat Maccabi Tel Aviv at home.

“I don’t use that as an excuse,” said Wenger. “I believe we are in a position where we can perform.”