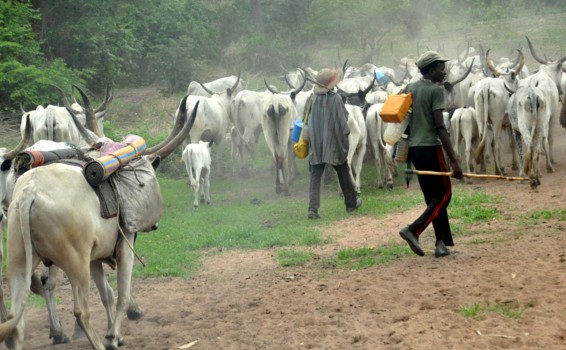 The youths of Attaukwu community in Nkanu-West Local Government Area where herdsmen had on August 25, 2016, invaded and slaughtered their kinsmen, had staged protest against the dastardly act of the Fulani herdsmen.

Alhaji Sodu one of  the Fulani settlers, has claimed that over 100 cows belonging to him were missing, as well as his sons, as a result of an alleged attack on their settlement.

He also accused the youths of Aku community in Igbo-Etiti Local Government Area of masterminding the attack.

He also claimed that a herdsman sustained three gunshot wounds following the incident while three others were said to be missing.

Sodu gave the name of his injured son as Wareri , 17, while Musa, Buba and Mohammed were said to be missing.

The herdsmen had on August 25, 2016, invaded the community slaughtering a Catholic seminarian, Lazarus Nwafor, and Ifeoma Agbo.

The youths embarked on a protest over the continued stay of herdsmen in their community.

A visit to the to the Refuge Hospital, Enugu in the company of the Chairman, Enugu Constituted Security Committee, Brigadier General Fred Eze ,retd, where injured Wareri was receiving treatment showed the latter was in high spirit.

However, Sodu appealed to security agencies to quickly arrest the masterminds of the attack.

He said: “I am too old now to go into the forest in search of my three sons.

“I am appealing to security agencies to rescue my sons unharmed.

“The youths have slaughtered seven of my cows. Over 100 cows are missing now”.

He appealed for calm, adding that the committee was on top of the situation.

His words: “We want to allay fears generated by this incident. The Army have moved to forestall any breakdown of law and order.

“The Garrison Commander, O.T Akinjobi has dispatched a search party for the missing kids.

“Another combined team of Police and Army have equally moved into the area to avert any breakdown of public peace.

“This incident is already under investigation and authorities will unravel the remote causes of the incident and ensure that appropriate actions are taken.”

Both the State and Federal government are looking for lasting solution to curb the restiveness, as a result of clashes between Fulani herdsmen and the host community.

Troops clear 2 kidnappers camps in Imo; plus other press releases