Evil, Darkness and NDC share the same identity in Ghana

The World is witnessing the greatest fraud ever to take place on Earth in this country called Ghana which a few years ago, was referred to as the Beacon of Hope in Africa. 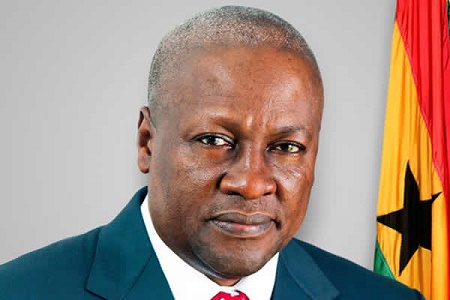 The World today is witnessing the greatest fraud ever to take place on the planet called Earth. But the most pathetic aspect of this show of shame is that it is happening in this country called Ghana which a few years ago, was referred to as the Beacon of Hope in Africa.

These gargantuan fraud, deception, profligacy, opulence, maladministration, ineptitude, arrogance, financial decadence and wanton dissipation of public funds are being perpetrated by a smaller percentage of Ghanaians who a few years back were one of us, but have now mutated to become arrogant tyrants, sharks, vipers, vultures, hawks, scorpions, wolves, rabid dogs, serpents, evil dwarfs and babies with sharp teeth.

These wicked and arrogant tyrants have foisted on defenceless Ghanaians, obnoxious policies which have left us with nothing but emaciated and wrinkled bodies and skin. All that we have to show for our existence are our kwashiorkor stomachs.

Since the inception of this clueless, rudderless and visionless administration, the country has known no peace. In the midst of such arrogant and vicious “things” perambulating the four corners of the earth as human species, how could one sleep with both eyes closed?

In other words, the Nefarious Destructive Cancer led by  John Dramani Mahama, “The Commander-in Thief” who is riding a bicycle without brakes down a sloping hill has murdered sleep, and they too will sleep no more.

Each day of this oppressive administration brings about a further tightening of the belt. We are called upon to make daily sacrifice so that the fat cats in our midst can chill out in their hide out with their girlfriends and concubines. Prices and cost of commodities and utilities continue to rise by Geometric Progression on an hourly basis. Our currency has depreciated to the point where it is worthless than toilet paper. Oh no, these fat cats have milked us dry. Yet they are not satisfied. Daytime has become synonymous with Nightfall. They give us cassava leaves for “kontommire” whilst they consume foreign cheese and salad. Even palm wine, “ogogoro” or akpeteshie which are the poor man’s drink have not escaped the wickedness of our Commander in Thief.

Whilst the masses wallow in abject poverty, these fat cats live a life of ostentation, oblivious of the suffering of the people. They drive the best of cars and even drive against the flow of traffic during peak hours. They have dalliance with women of questionable character and drown themselves in alcohol.

They have imposed a tax on almost everything that has a name. School fees have gone up more than a thousand percent. Prices of foodstuff have also gone up astronomically. Filth has engulfed all the major towns and cities in the country. Cholera which had been banished in the country due to pragmatic policies embarked upon by Kufuor’s administration has resurfaced and killed more than 200 Ghanaians since last year. Yellow fever and meningitis have broken lose like our Commander in Thief who is riding a bicycle without brakes down a slope. Who can check them?

These wicked fat cats have desecrated our land, raped our beautiful daughters and conscripted our wives into the filthy harems. And to cow us into submission, they have reactivated the law of causing fear and panic from the archives. This law was ostensibly meant to sanitize the society, but in actual sense, it serves as an instrument of stemming the tide of any organized opposition against this cruel and kakistocratic administration. They spew forth venom on daily basis and threaten us with sharpened machetes if we dare open our mouths. Does such an utterance not constitute “fear and panic”? It does! Yet the uncouth buffoon who made that reckless statement is walking the streets of Kumasi a free man! May God have mercy upon us!

Freedom and Justice have become a mere slogan under which all acts of impropriety are committed, Justice is sold to the highest bidder. Elections which are held to elect Parliamentarians and Government are rigged.

There is lack of security for the people of this country for the citizens are cut down at the prime of their life. The Mahama led administration has reneged on the Social Contract of providing adequate security for citizens of the country. Contract killing is on the ascendancy and human life is worth less than that of a chicken.

Property lost through fire outbreak, whether accidental or self-induced cannot be quantified in monetary terms. On most occasions when the ambulances of the Fire Service reach the scene of the outbreak, the fire officers complain of lack of water or hydrants which they will use to quench the fire. Yet these people thump their chests as if they have done something brilliant for which Ghanaians’ should be grateful to them. What is the sense in importing second hand and discarded ambulances from abroad without making available “ingredients “ which will be used to discharge their duties?

And I ask, “Where are the so-called fire ambulances they claim their visionless government has imported to beef up the fleet in the Ghana Fire Service?  A few years back, Muritalla Mohammed, one of the tarantulas’ said on air that the fire outbreaks were self-induced. They paraded some “arsonists” before journalist and stated emphatically that they had been charged to court. That was the last we heard of the case. And today I ask Muritalla Mohammed “Where are the arsonists? “ If this was not deceit of the highest order, then I don’t know what it is.

They promised us 200 Senior High Schools to be sited in various parts of the country. They said construction work on the project would be completed before the end of 2016. Till date, only two of such schools have been completed. Even here, the cost of one unit of 6 classroom block and other accessories is more than 500 times what the NPP did under Kufuor. If this is not another aspect of “create loot and share” then I don’t know what you will call it!

These visionless fat cats claim that their government’s policies are people friendly, yet they sacked pupil teachers in the villages and rural areas and replaced them with their own girlfriends and concubines. They have also withdrawn allowances put in place by previous administrations to cushion effects of the harsh economic conditions in the country. Allowances for teacher trainees and trainee nurses have disappeared from our statute books. Research Allowances for Lecturers and Duty allowances for Doctors and other health workers have also been removed.

Power outages (dumsor dumsor) and load shedding have become the order of the day. We are groping in darkness just as our leaders are doing without any sense of direction, for they cannot see beyond their noses.  Corpses in the morgue are getting rotten whilst others are eaten up by mice due to the nefarious effects of the menace called “Mahama Dumsor”. What about babies in incubators dying as a result of Mahama’s dumsor.

Our airwaves are full of insults and confused thoughts by a rebellious gang of hired crowd who appear to have lost their sense of reasoning as they continue to defend the indefensible.

These fat cats in the Nefarious Destructive Cancer are well versed in the art of group manipulation which they continue to use on gullible Ghanaians. They arrest their own members in Gestapo style and parade them before the cameras just like Moses Boye who was put in a cage and paraded through the principal streets of Accra during the NLC era. But, please do not be deceived for God is not mocked. It is what my Nigerian friends refer to as “ojuro”. They are stage managed to give the impression that this clueless Mahama Government is neck deep in its fight against corruption. Do not be hoodwinked by such political gimmicks. We are far above that.

What happened to Elvis Afriyie who superintendent over the looting of national treasury and shed crocodile tears after the 2014 World Cup fiasco in Brazil? He was re-assigned to the Presidency! What happened to their female Deputy Minister who said on air that she would leave the discredited Mahama’s government only after she had stolen One Million Dollars belonging to the hard working people in the country?  What happened to Woyome’s money? What about the akomfem issues and others too numerous to mention7

We are not children; We have eyes and see through their deeds.

Dear reader. We have suffered a lot at the hands of these looters of our collective till. Do not let your hearts be troubled for nothing is hidden from the Creator of the Universe. When God created Light He saw that it is good. The difficult situation you are passing through is just for a short while. Rainfall is followed by sunshine. The Egyptians as epitomized by Mahama and his evil dwarfs who are ruling us today will not be there tomorrow.

We have to take our destiny into our hands by getting rid of this monstrous and corrupt cabal that is determined to truncate the forward moving march which will definitely usher the NPP under the leadership of Nana Addo Dankwa Akufo Addo into the Flagstaff House, come November 7, 2016.

The country needs a dynamic team player and rain maker who can build consensus and motivate his team to success. Nana Akufo Addo is that person. He is good at reading people and understanding their needs.

Tinubu Did Not Grant That Interview!