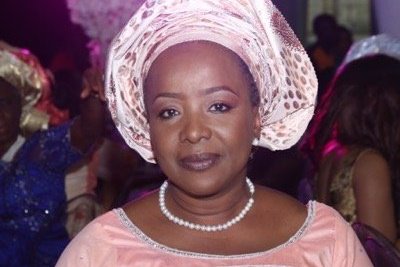 The 450 ex-Biafran policemen, who were pardoned in 2000 by ex-President Olusegun Obasanjo, would soon get their pension and gratuities.

The former Biafran policemen will get pension 46 years after the civil war ended in January 1970.

The Pension Transitional Arrangement Directorate (PTAD) which begins pensioners’ verification in northeast on Monday, would pay the pension and gratuities after the verification of the ex-policemen.

PTAD said it had enrolled about 220,000 pensioners and uncovered 9,000 ghost payees, its Executive Secretary Mrs. Sharon Ikeazor, said on Sunday.

She however said three former employees of PTAD were sacked because of pension fraud and might be prosecuted by the Economic and Financial Crimes Commission (EFCC).

Two other seconded employees have been referred to the Office of Head of the Civil Service of the Federation, for disciplinary action, she added.

Pension payment would henceforth be effected by the 15th day of every month, she said.

“I think we have about 220,000 pensioners nationwide on the payroll.

She said that PTAD had entered into partnership with ICPC and established an Anti-Corruption Unit (ACTU) to fight fraud in the system.

“Also, what we are doing now is that we don’t make pension payment into any account without BVN.

With this policy, we have dropped about 9,000 pensioners because they don’t have BVN.

“Without BVN presupposes that they are ghost because we inherited a lot of data that we cannot really verify.’’

She said PTAD would begin verification of pensioners in the north east from Nov. 28.

“The first place to start the verification must be the north east so that we can key into the Federal Government’s efforts at rebuilding the northeast.

“We can’t forget the north, insurgency or no insurgency; we are going in there to verify the pensioners so that we can put them on the pay roll,’’ she said.

Ikeazor also said there were four of such pension departments to be involved namely the Police Pension, the Civil Service, Custom and Immigration as well as the parastatals.

She said while PTAD would start with the civil service, the other departments would foll soon.

The PTAD executive secretary said efforts would be made to determine the state with the highest number of pensioners through the nominal roll.

She said Adamawa, with a little over 2,000 pensioners, “will take like a week to verify”.