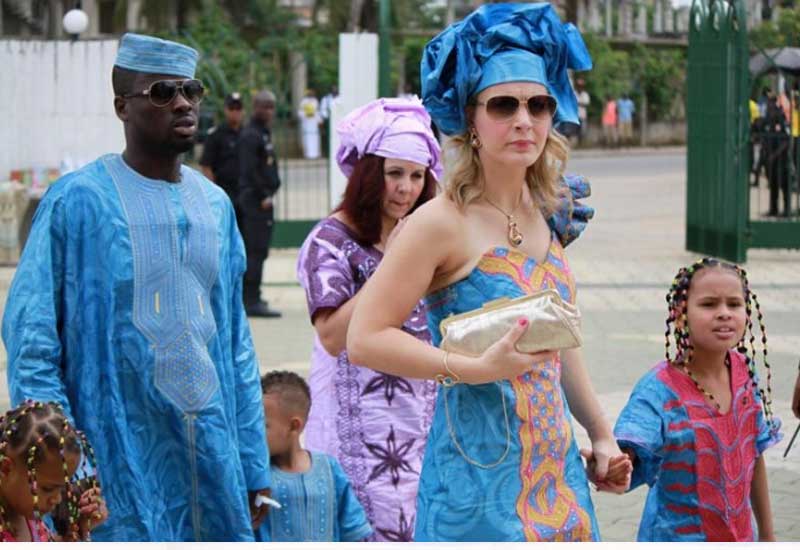 Eboue, is believed to had struggled with long-term depression. He  was found dead in his sister’s North London home according to Police.

Ex-Ivorian football star Emmanuel Eboue did not leave a note behind and he was found hanging in the room on a fan hook, Police said in a statement.

Police declined to comment whether it was suicidal or a perpetrated act but assured the public an investigation is ongoing.

Emmanuel Eboue had received offers of legal advice in his bid to overturn a court ruling which was set to leave him homeless in the wake of his bitter divorce.

The ex-Arsenal defender, 34, previously spoke to the Mirror of his fears for the future following his acrimonious split from wife Aurelie.

The former Galatasaray star a fortnight ago revealed how he lost all his fortunes, going from a rich football star to a poor man who was contemplating suicide.

Eboue made millions of pounds at Arsenal and then more than £1.5million a year at Turkish side Galatasaray. However, the football star said he had lost all he had to his wife Aurelie who he claimed also handled his finances, adding that “whatever she told him to sign he signed.

After their divorce, the court awarded all his fortunes to his wife in a divorce settlement and he was ordered to also give up his house in London to the ex-wife.

The 34-year old and his wife lived there before he bought a mansion – which Aurelie has now put on the market.

Eboue had also surrendered his expensive cars to his wife, and before his death, he relied on London public transport. He often slept on a mattress on his living room floor.

As if all these were not enough, Eboue was also said to be suffering from an undisclosed medical problem.

The 34-year-old had served a one-year ban for failing to pay a former agent but got back into football recently, agreeing a deal with Cypriot side Turk Ocagi Limassol.

However, his move to Cyprus was not plain sailing and his agent Tekin Bircini said his client was

Thumps Up, For Buratai Over  Patronage  of Local  Industries, Says South–east Group