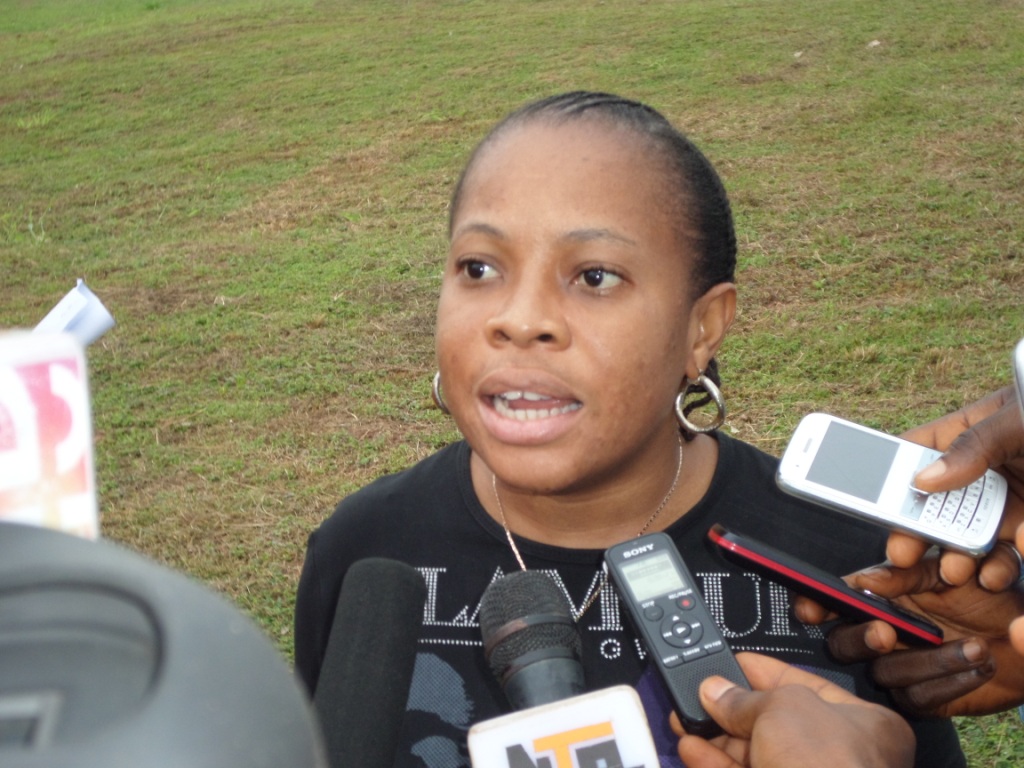 Good Day Ma, you, Aisha Edward, are the Coordinator of Association of Persons Living with Sickle Cell Disorder. Can you give us an insight on the association and her recent activities.

APLSCD is an association built on love, passion, care, and solely based on the welfare of its survivors. This association officially declared her activities to the society on Sept. 12 with Anambra walk to Life, a program that draws the consciousness of the people on the sickle cell scourge and ways to maintain a healthy lifestyle. It was an opportunity to bring to the knowledge of the society and the government in particular that there existed a sickle cell law enacted in 2002 to cater and protect the welfare of persons living with sickle cell disorder. Hitherto to the program, the law though enacted was inactive, and it was pertinent to awake the society on the need to resuscitate the law as lives of persons living with the disorder were dying daily and these lives could have been saved if this law was active.

From the first program of September 12, the association continued her sensitization with related bodies in the cause, which include the church, social groups, and health bodies. The Association, in everywhere it founds herself took it as a mission to speak about the sickle cell scourge and enlighten people on the disorder, from its management, causes to the prevention. As there are no vaccines to cure the disorder, it was pertinent to inform the victims of this disorder on the best ways to maintain a healthy lifestyle and avoid having crisis; also it enlightened intending couples on the need to be aware of their genotype.

The Association also in the last one year acquired a sickle Cell Clinic that caters for the medical needs of her members, This clinic was a product of Prince Engr. Arthur Eze’s support, who out of his magnanimity built and donated the clinic to the association and also defrayed the medical registration costs of all the members of the association, making it easier and cheaper for the members to access medical attention from the clinic.

In a bid to ensure that the sensitization campaign is not daunted, the association has adopted various media strategies in carrying out her campaign. Prominent among these strategies is a book on sickle cell, which the association published and is spreading across all primary and post primary schools and churches in Anambra State, as it believes that literacy, and grounded knowledge of the disorder would go a long way in abating the scourge.

Your association is peculiar to receiving support from Government Churches and Individual Donors, can you tell us how these bodies in their individual ways have been of support and through what ways your association have been able to access these supports.

The association has received support from some Churches and Individual donors, prominent among them is Bishop Paulinus Ezeokafor of the Awka Catholic Diocese, who was the first person to donate a reasonable amount of money when we started in 2015, the money was used to defray the cost for the purchase of the first set of surgically equipped first aid boxes for the association. Bishop Ezeokafor also donated food stuff for the association, as Christmas and Easter celebration gifts.

Archbishop Christian Efobi of the Aguata Anglican Diocese is another clergyman I can never forget and would always run to at any time. He is one of the clergymen that regardless of his tight schedule give us attention each time we call on him. He constantly donates to the association and even raises money from parishes across his diocese to ensure that the association is never in lack.

Fr. Cosmos Ebebe is another staunch foundational supporter of our cause. He has stood by us in all times and has provided both, materially, spiritual and psychological aid for the members of the association in any way he can. Hon Chief S. Nwobu-Alor is our board chairman and another secret donor towards the association cause and his donations has saved a lot of lives in numerous instances. He was one who gave us his financial support right from our beginning and saw us through the rigorous registration processes. He also ensured that we got the best of medical attention regardless of how urgent it is. On numerous occasions he has come to our aid even when all hope was lost. The Arch Bishop of Catholic Diocese Onitcha also recently queued in the support to the cause.

Former Governor of Anambra State, Mr. Peter Obi is one if not the first individual outside the association and the church to support the association. His donation came to us as a big surprise and it came at a time we needed but never expected it. According to him he had followed the campaigns of the association, and felt it worthwhile to add his own support to the sensitization that had become viral.

We have also received support from the wife of Anambra State Governor, Chief Mrs Ebelechukwu Obiano, as she has empowered some of our members and supported us financially through her CAFÉ initiative.

Prince Engr. Arthur Eze is another philanthropist that has stayed true to our cause, and has left mountain legacies in the course of our campaigns. The oil magnate built and donated a sickle cell specialist clinic for the association, and also ensured that our medical bills are not a problem to us.

Few days ago you had a press briefing where you said that your Association would stop her support for members of a particular region, The Aguata Council Area in particular, could you clarify on the reasons for such decision?

It wasn’t a personal decision but a unilateral decision of members of the association. Membership in the association cuts across various council areas, and most times the support we get are not enough to cut across all members from these local governments. Thus, whenever we receive such supports we place priority on the members from that particular council Area where the support originated, since most of the donors feel they are helping their kin with the donations they give. Unless in cases where the members from the originating support has recently received benefits or packages from the association or in cases where there are members with urgent needs, then the considerations could be altered.

The auxiliary Bishop of Awka Diocese, Most Rev. Dr Jonas Benson Okoye was the one that made the utterance that sparked off the situation. He made shocking utterances when we met him few days ago despite our several humble appeals through our correspondence, and he said and I quote “I cannot be coerced into charity”.