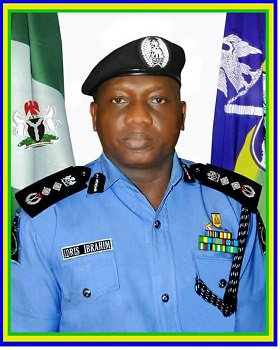 A senator of Federal Republic ‎of Nigeria, Isa Miasu on Friday  revealed that the Inspector General of Police, Ibrahim Idris cornered N120 billion annually which is internally generated revenue of the force.

Nigeria Police Force had said that Senator Isa Misau left force when he was charged with several acts of misconduct as Deputy Superintendent of Police.

However, Misau who spoke in reaction to statement credited to Force that he is a mission to avenge his exit from the force said that the IGP lacks capacity to run Nigerian Police properly.

Contrary to the claim by the Nigeria Police on the exist of the senator from Police, the document made available to newsmen revealed that Senator Misau left the Service meritoriously.

The letter signed by Permanent Secretary of Police Service Commission reads,” I wish to inform you that the commission has approved your retirement from the service of the Nigeria Police Force with effect from 1st December, 2010 after ten years of meritorious service.”

While addressing newmen on corruption in Nigeria Police, Misau said,‎” Police Service Commission could not deny the bribery allegation, information reaching me indicate that even transfers of commissioners of Police, State Mobile commanders and SPU commanders are also allegedly riddled in corruption.

“The chain of command in the force does not allow these grievances to be aired, but the allegation is also rife that the IGP posted a commissioners of Police, who for the past 17 years has not worked/served in a police station to take charge of a state. The former Police aide to late former governor Alamiesiegha who eventually served under former President Goodluck Jonathan is now Commissioner of Police, Adamawa state.

“Foisting such officers without operational experience has been a major setback to the current administration’s fight against the Boko-Haram insurgency.‎

‎” There is an allegation that more than 50,000 policemen are attached to oil companies, banks and private individuals with regular payments made to Police authorities. While monies are estimated to run into billions of naira, they are however unaccounted for.

Tony Nwoye denies ‘fake agreement’ between him and Arthur Eze