Former Minister of Education, Madam Oby Ezekwesili has, on Monday, May 21, 2018, launched the South-East chapter of the RedCardMovement in Enugu.

The former Education Minister also on schedule took the Radio airwaves at 8am, Urban FM Enugu and 9am,  Solid FM Enugu following which the train headed to Ogbete Market.

Earlier on Saturday, May 19th, 2018, launching of the Sounth-South Regional chapter of RedCardMovement took place in Port Harcourt, the Rivers State capital.

“Close your shops if you don’t have PVC. Get your PVC to replace the decadent political class. MyPVCMyRedCard.” – @tonyakabuno pic.twitter.com/aWbncFTMbe

In its mission statement, the Movement stated:

“Without good leadership, no society and people can become great.

“Every right-thinking citizen in Nigeria knows that the problems of corruption and mass poverty, which have stunted our political, social and economic development, over several decades, are a direct consequence of bad leadership, at all levels of governance.

“Nigerians have suffered, for far too long, from bad leadership in the executive, legislative and judicial arms of government.

“Finally, millions of citizens irrespective of gender, ethnic group, language, religion and region are rising in tandem to declare that “Enough is Enough” of bad leadership. Some of the citizens that are completely fed up with bad leadership have come together to form the Red Card Movement (RCM).

“The members of the movement have decided to take up the responsibility to mobilise citizens to fix the leadership problem.

“We, and the massive population of voters that the RCM is mobilising, shall exercise our right to vote, in an intentional and deliberate manner, in the 2019 elections.

“Our goal is to redefine the parameters for leadership in the polity, which would consequently improve the quality of governance.

See photos of the movement activities in Enugu: 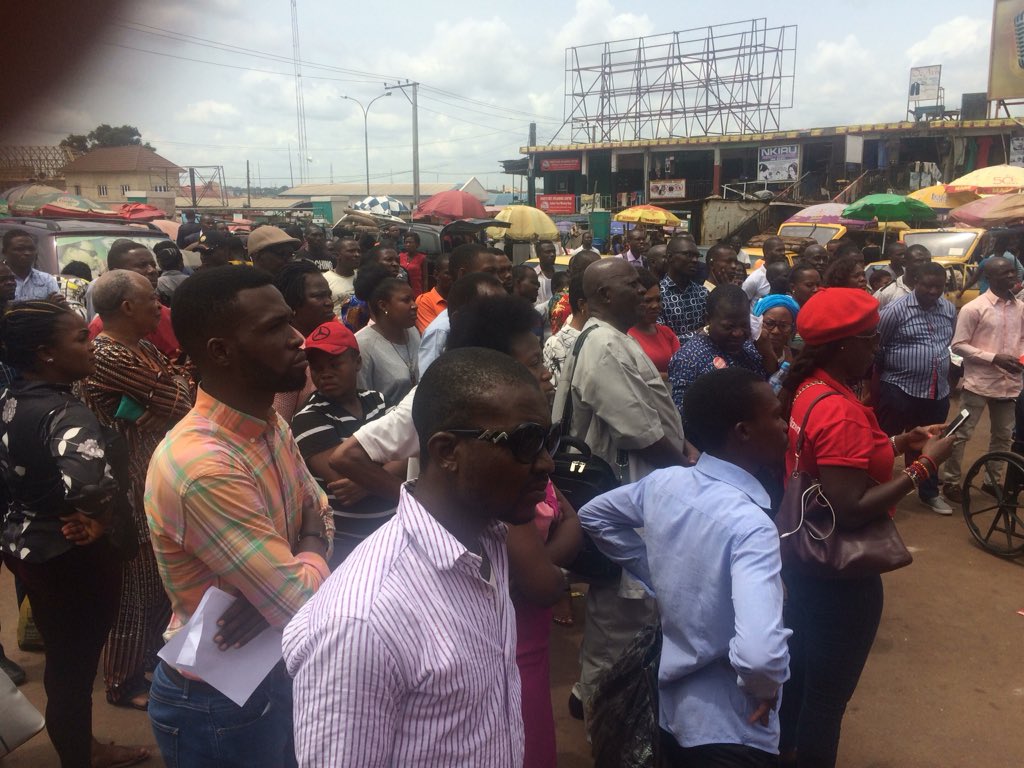 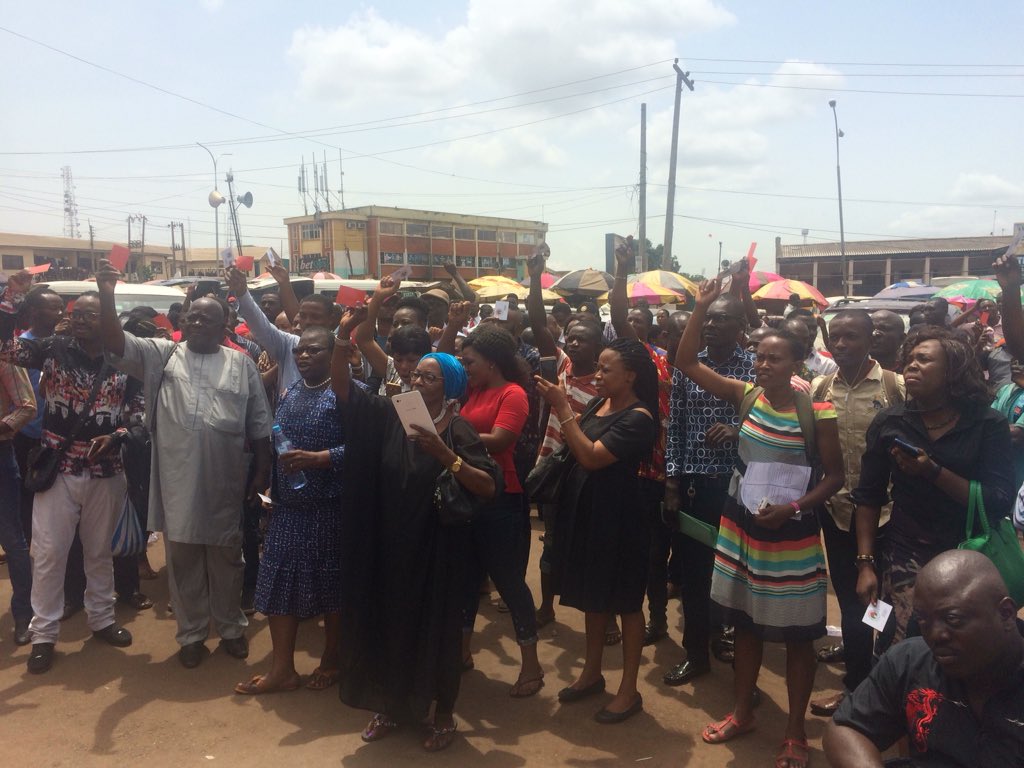