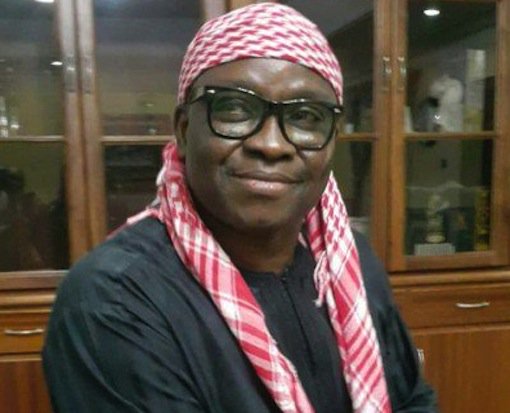 Right now behind Court 5 within the premises of the State High Court in Ado-Ekiti, Governor Ayodele Fayose’s Son (name cannot be immediately known),is dealing a deadly blow on a driver attached to the State Board of Internal Revenue who had come to the court for payment of revenue registration fee.

According to the driver, his offence is that he overtook Fayose’s son in the traffic. After the driver made a turn to the court premises, Fayose’s son followed him in pursuit and caught up with him behind Court 5 where the driver was given the beating of his life.

Bystanders watched in disbelief as Fayose’s son beat and dragged the driver on the floor. It took the intervention of angry bystanders to rescue the driver from further merciless beating.

Remember that his father too beat judge in the same Court Premises in 2014.

The Worst Of Times, The Best Of Times ~ By Reuben Abati