Solomon Arase, the Nigerian inspector general of police, was speaking on Thursday following the opening of a breeding center for police dogs in the capital Abuja, according to the Nigeria Police Force Twitter account. Arase said that the expenditure was “certainly not sustainable in the face of the current dwindling resources,” according to Premium Times.

ABOVE PHOTO: A Nigerian police officer and dog patrol during presidential elections in Otuoke, Bayelsa state, Nigeria, March 28, 2015. Nigeria has set up a new breeding center for the country to breed its own police dogs. – FLORIAN PLAUCHEUR/AFP/GETTY IMAGES

Nigeria, which is Africa’s biggest oil producer, is currently struggling to deal with the global fall in oil prices, which have dropped from highs of $115 per barrel in summer 2014 to $32 in February. The oil and gas sector accounts for about 35 percent of Nigeria’s GDP and petroleum products make up more than 90 percent of the value of Nigerian exports, according to OPEC.

Arase said that the new center could supply police dogs to the entire West Africa region and could breed up to 200 dogs per year. Nigeria’s Interior Minister Abdulrahman Dambazau said that the breeding center would be of huge assistance to Nigeria’s police force in “counterterrorism operations,” and will help the immigration service with patrolling Nigeria’s borders. Dambazau also suggested the center could form part of a drive against unemployment, since skilled handlers would be needed to train the dogs. Nigeria’s national unemployment stands at around 9.9 percent.

The country is currently battling a six-year insurgency by Boko Haram, which pledged allegiance to the Islamic State militant group (ISIS) in March 2015. Boko Haram has killed some 20,000 people since 2009 and displaced more than 2 million. Despite claims by Buhari in December 2015 that Boko Haram had been “technically” defeated, the group still carries out suicide bombings and gun attacks with relative frequency in northern Nigeria and neighboring countries. 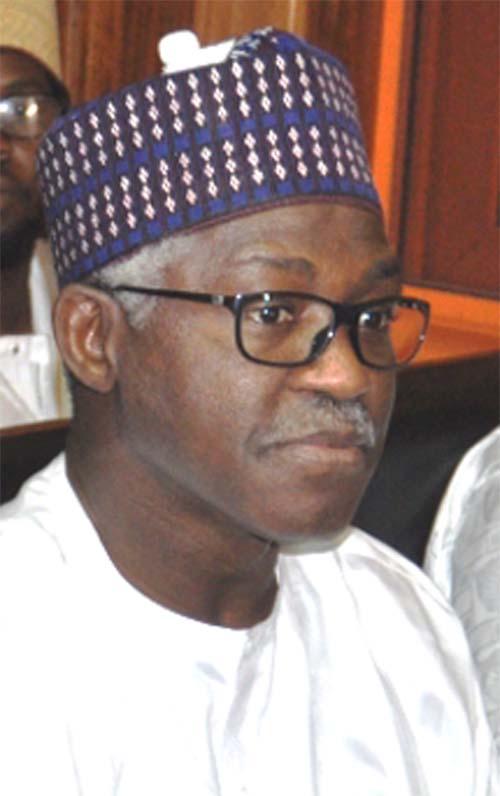 Besides the fortune sunk into phoney arms deals, no less than N2.2billion was spent on prayers against Boko Haram,  it was learnt yesterday.

Former President Goodluck Jonathan’s administration blew the cash on special prayers in Nigeria and Saudi  Arabia to win the war.

The cash was disbursed through the Office of the National Security Adviser (ONSA), following a proposal by a former Executive Director of the Nigerian National Petroleum Corporation (NNPC), Aminu Baba-Kusa.

Baba-Kusa, in his statement of witness filed in the High Court of the Federal Capital Territory (FCT), is facing trial with a former National Security Adviser, Col. Sambo Dasuki (retd.) and three others.

The others are Acacia Holdings Limited and Reliance Referral Hospital Limited (owned by Baba-Kusa) and a former Director of Finance in ONSA, Shuaibu Salisu.

If Kano can regulate alcohol, then Ondo, Oyo must have the same…

Baba-Kusa told EFCC investigators that the contract proposal was verbal. But the suspect has promised to refund the N2.2billion by disposing of his assets.

Baba-Kusa said: “I approached the former NSA and discussed Boko Haram problems and I suggested there is need for prayers and he considered and accepted in 2013 when he first came to office.

“I personally sponsored many people locally and some few to Saudi Arabia. Some monies were later paid into our companies, which we paid to some of the mallams.

He told detectives that he is not an expert, “but I used some of the mallams to organise in Abuja, Zaria, Kano, Sokoto, Maiduguri, Kaduna and Saudi Arabia covering 2013 to 2015.”

He added: “I give them funds as required from time to time, ranging from N500,000 to N30million, depending on their needs, traveling, sadaqat and others for local expenses and travels to Saudi Arabia for Umrah and Hajj.

“I reminded the NSA many times before payments were made. We grew up together with the former NSA with common friends in ABU.

“Most of the payments in cash were meant to give out cash to people that have been organising prayers. Some transfers to Acacia to other banks were for logistics and also to some mallams in cash.”

The suspect also confirmed that the prayer contract was not documented.

He added: “The proposal made to the former NSA was not documented by him or myself. The verbal proposal to him was for prayers to overcome Boko Haram within the shortest possible time.

“The engagement for prayers by organising some people to be praying was not formally written down.

“There was no amount of money agreed on. I said to him, I will start organising, which he agreed and said he will see what he would give at a later time.

Baba-Kusa said he had an estimate of over N700million spent “from my own resources before I started to ask for money from him”. Some of these funds came from disposal of some of my land in Abuja. One in Maitama, one in Gudu and one in Guzape. The Maitama was a little over N200million; Guzape (N80m), Gudu(N18m), he told the EFCC.

But, according to him, he kept no records of the money he gave to individual Mallams organising various groups. I requested for no acknowledgement from them when I gave money to them.”

He assured the EFCC that he would refund the said cash if he is able to dispose of his landed properties.

He said: “I am making efforts to dispose of my properties in Abuja which would be over the total amount of N2.2billion. If the sales go through and the amount from the sales is made in full, I will make full payment.”

In the 19 charges against the five suspects, Baba-Kusa, Acacia Holdings Limited and Reliance Referral Hospital Limited are alleged to have “between October 2014 and April 2015 in Abuja agreed to do an illegal act to wit : dishonestly receiving property to wit: an aggregate sum of N2,200,000,000 being part of the funds in the accounts of the Office of  National Security Adviser and  that the same act was fine in pursuance of the agreement among you and you thereby committed an offence punishable under Section 97 of the Penal Code Act, Cap 532, Vol.4, LFN 2004.”