Tunisian fans will probably be cursing Harry Kane after he scored a last minute goal that sealed the fate of Tunisia in the first stage, Group G match in Volgograd Arena at the FIFA 2018 World Cup going on in Russia.

The England Captain had hit a brace in his World Cup debut that sealed the three points for England first at the 11 minute and 80 minutes later at the 91st.

Sassi had equalised for his side from the penalty spot after F. Ben Youssef was fouled by Kyle Walker.

The undaunted Kane reserved the best for the last when he dished out to Tunisia the last minute shocker.

He spared the Three Lions’ blushes with an outstanding late equaliser – another from a corner – underlining how potent Gareth Southgate’s men can be from set play.

Speaking after the match, Tunisian coach, Nabil Maaloul was hopeful that things will turn out for the better in subsequent games.

He said: “We were playing against a highly-skilled and highly co-ordinated team in terms of their forward players.

“If we were to get a draw it would have been an excellent result for us.

“But hopefully this will lead to higher levels of concentration in the coming games.”

While the excitement surges through the dressing room, England can comfortably say they have one third of the job in hand complete.

England players were full of praises for their fans, where a total attendance of 41,064 inside the Volgograd Arena watched the match.

Meanwhile, Harry Kane grabbed the Budwesier Man of the Match.

Gareth Southgate, the England manager had this to say during the post-match press conference:

“I think the togetherness showed tonight. We had leaders on the field who kept delivering the right messages.

“We talked this morning in fact about it; we’ve covered being behind in games and being in front in games.

“One of the things I wanted to emphasise this morning was: 1-1, 15 minutes to go, we keep probing and we keep going for the win but we don’t expose ourselves to counter-attack in transition.

“Our outside centre-backs kept pushing forwards and stepping in, creating an overload in wide areas.

“The pressure built and built and that’s what you have to keep doing.

“We kept doing the right things and making good decisions and I thought we were good value for the win over 90 minutes.”

“Even at 1-1 I was really proud of the performance. If we hit that level of performance that’s the bit that we can control.

“We created a lot of clear-cut chances in the first half, as many as I can remember us having.

“In the second half we dominated the game, kept our patience and looked for good opportunities rather than throwing the ball in the box and hoping.

“In terms of Harry, for him I’m personally delighted. He will feel the pride in leading his country to a win in a World Cup match tonight is the most important thing.”

“It’s always in the back of your mind, that it’s going to be one of those days.

“But that’s what the character is about, we work hard to go into 90+ minutes and thankful that we got one in the end.

“But in the World Cup against any team they’re always going to fight and keep going and we had to deal with that. I’m really pleased with how we played.” 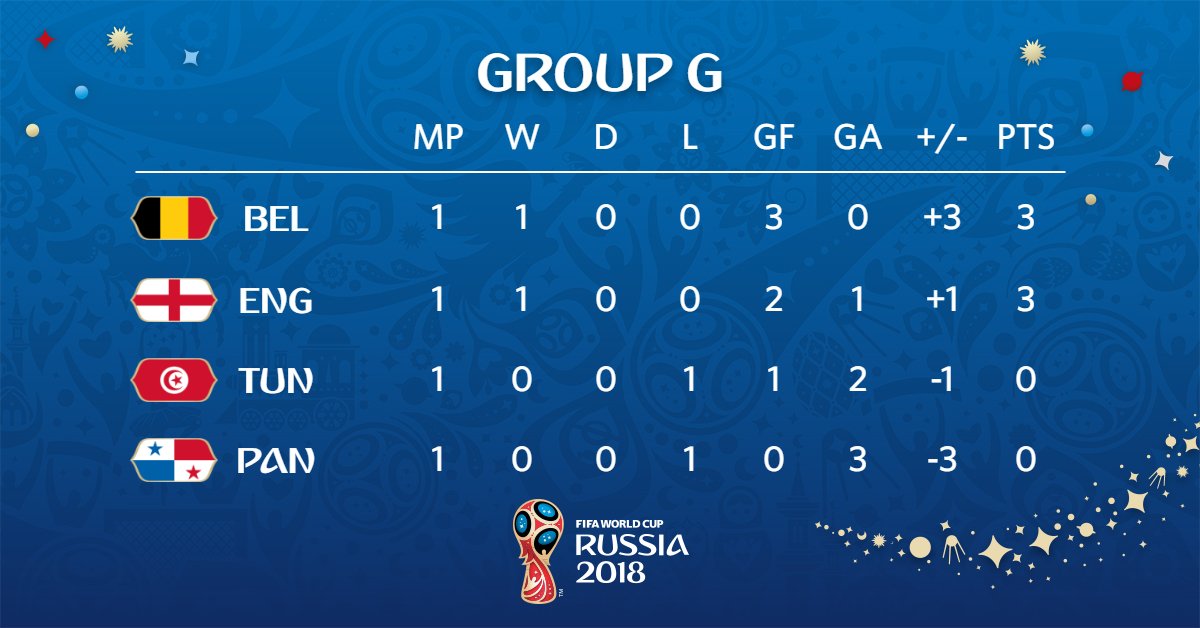