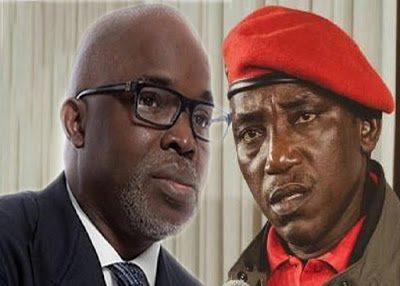 Following the lingering disagreement between the Nigeria Football Federation [NFF] and Minister of Sports, Solomon Dalung, FIFA has halted its annual $1.1 million grant to Nigeria.

The decision followed claims of irregularities in the use of FIFA grants.

Consequently, the Sports Minister has called for a “reputable audit” of the country’s football federation.

Expressing satisfaction with the way grants from FIFA have been spent, NFF, however, denied the claims by Dalung that there is an unaccounted $802,000.

The federation insists there were no distortions during an earlier audit and that ‘the minister was clearly misinformed about the activities of the NFF board’.

The audit report must be made public so as to promote transparency, build credibility and enhance your market value.

But Dalung wants a fresh audit of federation finances to examine how FIFAmoney was awarded and spent.

Dalung was speaking at the NFF’s Annual General Meeting held in Lagos on Sunday, December 18.

“According to a report, FIFA has withheld all development funds to Nigeria for lack of proper documentation of $802,000 out of the funds released to NFF,” said Dalung.

“This is a very serious issue that must be given urgent attention to avoid another international embarrassment.

“Even more so that the present administration under the leadership of Mr. President, His Excellency, Mohammadu Buhari has zero tolerance for any act of misappropriation, misapplication, embezzlement or fraud in any guise.

“To this end, the NFF is directed to immediately provide my office with detail information of receipt, disbursement and application of the FIFA development grant accordingly.

“In addition, a reputable audit firm should be appointed urgently to check the account books of the federation to ensure that funds are judiciously expended.

“The audit report must be made public so as to promote transparency, build credibility and enhance your market value.”

However, the NFF released a communiqué after the AGM saying its congress expressed satisfaction with the explanation provided by the NFF board on the issues raised by the minister.

It states that: “the audited account of the Federation for the year, as audited by PricewaterhouseCoopers, an internationally reputable audit firm, was presented and adopted at the General Assembly.”

This is not the first time that Dalung has clashed with the NFF leadership saying that organisation, which receives state financial support, lacks professionalism.

“The NFF has formed the habit of requesting for funds for its program at very short notice and thereafter resort to blackmail to hasten the approval and release of such funds from government, ” Dalung said.

“We cannot continue to administer our football in this manner any longer.”