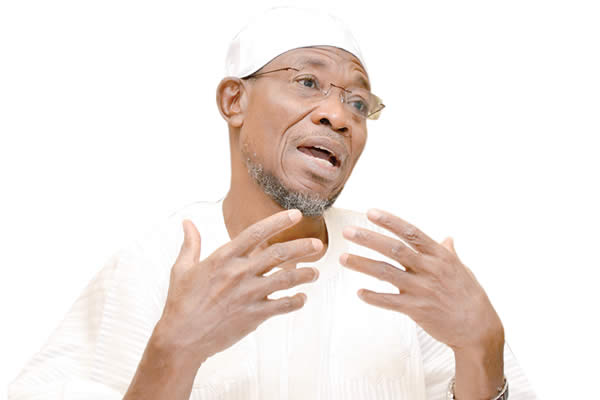 The Osun state chapter of the People’s Peoples Democratic Party (PDP) has challenged the state government to account for several billions of naira it has spent on  construction of  drainages and clearing of water ways.

In a statement issued by its publicity secretary, Mr Sunday Bisi, the party accused the state Governor of budgeting multiple fund for drainage and waterways in Osogbo without any positive results.

While consoling victims of the unfortunate flooding, the party spokesman said the state should hold the Governor responsible for the flooding as budgeted and borrowed monies were never expended on purposes that are meant for.

“The APC government believes so much in lies , deceit and falsehood as a weapon of governance .

“It considers the voters foolish and incapable of knowing that billions of naira in public fund from the ecological fund have disappeared under the cover of urban renewal, waterway and waterway upgrade,” the statement noted.

The spokesman pointed out that “Osun indebtedness is a tragic incident in the life of the state because the projects those borrowed fund were purportedly spent on were non-existent.

“Fake and fanciful projects were used to siphon billions of naira into private pockets while those few projects that exist are handed over to private commercial  interest to run as business outfits.

“What happen to Opon Imo? What happened to Osogbo urban renewal?

“It is quite disappointing and disheartening  that Osogbo roads can be turned to ponds despite the confessed huge funds allegedly spent on flood control.

“How can a supposedly progressive  government continuously play politics with human lives?” the statement asked.

The Osun PDP spokesman wonders what will happen to the other towns when the state capital can witness such a disaster.

The PDP said the state government is already rushing to paint a picture of normality over the flooding and other negative happening across the sectors.

The party also tasked the people of the state “to shine their eyes and reject fraud, impunity, corruption and incompetence which the APC represents.

“Osun PDP sympathises with the people of the state over their losses and prayed to God to console those that lost their loved ones.

“[It also called] on the Governor of Osun state Mr Rauf Aregbesola to come out and tell the whole world what they did with the ecological funds and do the needful to safe lives of the people of Osun state,” the statement noted.

Enugu: The tempo of development – by Emma Onwubiko