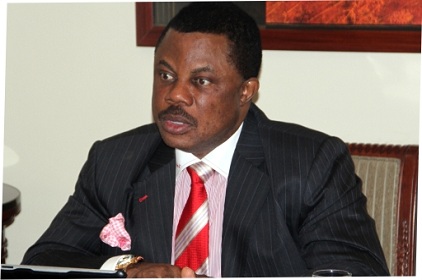 Onitsha, Nigeria – In late May 2015, the Government of Anambra State, under Governor Willie Obiano,

announced the ban on the use of a number of public roads located in Awka, Onitsha and Nnewi by the operators of private and commercial motorcycles in the State,  for the purpose of reducing Okada related accidents and crimes. The public roads affected by the ban are Awka Road, Oguta Road, New Market Road, Old Market Road, Onitsha-Enugu Expressway and Onitsha-Owerri Dual Carriage Way, all in Onitsha. Others are Bank Road and Nnewi-Nnobi Road in Nnewi and Zik’s Avenue Dual Carriage Way and Awka-Enugu Express Way in Awka. The Government of Anambra State announced June 5th 2015 as deadline.

Legislation: There is no legislation put in place. The existing legislation (Anambra State Okada Control Law of 2009) was not amended to that effect. The former was enacted by then Peter Obi administration to limit or restrict Okada operations from 7.pm to 6.am for the purpose of curbing rising Okada related violent crimes. Like the instant case, the Law was observed in breach by officers of the Anambra State Police Command, who went about arresting private motorcycle owners (with intent to harass, detain and extort) in the guise of “enforcing the law”.

Sanction:  The Government of Anambra State has in the instant case,  directed that any defaulter if caught will have his or her motorcycle impounded and made to fill a defaulting form in the form of “first offender”; after which the sum of N5, 000.00/N6,000.00 will be paid before retrieving same. If caught again as a “repeat offender”, the defaulter’s motorcycle will be impounded and confiscated permanently and quarantined in Awka.

Enforcement: The enforcement process and procedure so adopted are poorly and amorphously designed. There are over 20 “enforcement bodies” engaged in the ill-fated policy implementation. These include :  Local Government Areas (LGAs’) traffic control agencies, Anambra State Traffic Agency (ASTA),”OCHA Brigade” (created by the Governor) and “Willie Obiano’s Workforce” or “W Is W” (Willie is Working). There are also other taskforces working for the State Ministries of Works, Environment and Transport that are involved in the referenced enforcement all with instruments of “jungle justice”, clothed in impunity.

Judicial Process: Judicial process is totally absent in the foregoing government conduct. By law, offenses under this policy are generally created as “traffic offenses” and judicially categorized as “strict and statutory liability offenses”, which are summarily tried by magistrate courts usually requiring no witnesses or formal judicial proceedings.

In sentencing category, they are referred to as “simple offenses”, which, on conviction, carry up to six months imprisonment or payment of statutory fines or both. The principle of constitutional democracy governed by the 1999 Constitution; forbids “criminal punishment without trial” premised on written law with defined crime and sanction. This is strictly for the purpose of ensuring due process and rule of law as well as checks and balances among executive, legislature and judiciary.

Policy Weaknesses & Abuses: The reasons for the referenced ban: curbing Okada related crimes and accidents are publicly grounded, but weaknesses inherent in the policy have made it to cause more public harm than public good. The policy lacks feasibility study grounded in existing social factors or realities. For instance, the inclusion of private motorcycles in the ban is totally condemnable. It is a fundamental derogation from the fundamental human rights provisions in the 1999 Constitution including rights to freedom of movement and ownership of moveable and immoveable properties. In the African Charter on Human & Peoples Rights, acceded to by Nigeria in 1981, it is against right to social development.

Grounded feasibility study would have not only exempted private motorcyclists; but also created “junction exceptions” for both commercial and private motorcycle operators. For instance, there is no way both commercial and private motorcycle operators can connect Fegge, Odakpu, Inland Town, Nsugbe “33”, Onitsha GRA and Woliwo Layout in Onitsha to  Iyiowa Odekpe, Okpoko, Harbour Industrial Layout, Odor-Rubber and Nkutaku Layouts in Ogbaru Local Government Area, without accessing or crossing Onitsha-Enugu and Onitsha-Owerri Dual Carriage Ways. A grounded feasibility study would have allowed the use of service lanes and popular junctions like Onitsha Bridgehead, Lagos Park/ Upper Iweka Flyover and other crossings/diversions on Owerri Road, Zik’s Roundabout, Nkpor Flyover and New Tyre Market Junction and Building Materials Market in Ogbunike.

Also those private and commercial motorcycle operators living in Awada, Ugwuagba,  Owerre-Aja, Omagba 1 &2 and Odume Layouts  in Obosi and Nkpor; who trade or work in Onitsha Main Market, Bridgehead Market, Ogbaru Relief Market, Onitsha Electronics Market, Ochanja Main Market, etc. have found it difficult to access these markets following the referenced ban. These, coupled with absence of judicial process and procedure have robbed the policy of legitimacy and exposed same as “triggers of corruption, human rights abuse and police roadblocks”. The policy also has a coloration of “political corruption, cronyism, nepotism and favoritism” following absence of statistics detailing the number of defaulters arrested, amounts collected and their whereabouts as well as its propensity to criminally enrich some supporters of the Governor of Anambra State and his top aides.

For instance, in the CLO’s Rest In Pieces, Amnesty International’s Killing At Will, NOPRIN/OSIWA’s Criminal Force, Human Rights Watch’s Everyone Is On The Game (Police Abuse & Corruption), US Department of State’s Human Rights Report (2009) and Intersociety’s Police Corruption As Human Rights Abuse (2011) and Killing Outside The Law (2011); the Anambra State Police Command featured negatively in all of them. The Awka SARS mass murder of November 2004 and the January 2013 Ezu River mass murder in which same SARS including its Nnewi Unit was seriously accused, are cases in Point.

In the instant case, the Anambra State Police Command is at it again. Apart from defying the legitimate orders of its hard working Inspector General on nationwide roadblocks ban, the State Police Command has now abandoned its statutory duties of protecting lives and properties rested on “misdemeanors and felonious offenses” and converted “enforcement of gubernatorial Okada restriction” rested on “simple offenses” and civil deviance conducts into criminal enrichment and objects of extortion and bribery.  This is also a fundamental derogation from their Command-In-Chief’s “anti-corruption” policy. The worst part of it all is that other police divisions in the State have also embarked on indiscriminate arrest and impoundment of private and commercial motorcycles and their operators outside the roads and areas affected by the ban.

This they do under the guise of “Governor Obiano’s ban on Okada operation in Anambra State”.  Apart from the fact that hundreds, if not thousands of private and commercial motorcycles are impounded and their operators extorted on daily basis in the restricted areas and environs by the State Police Command; there are also reports coming to us in torrents to the effect that motorcycles of private and commercial origins plying non-restricted roads and areas are impounded by other police divisions particularly in rural areas.  For instance, on 14th August 2015, we got a credible report that officers of Ekwulobia and Umuchu Police Stations mounted illegal roadblocks on some roads in the area and embarked on indiscriminate impoundment of private and commercial motorcycles, claiming that “Governor Willie Obiano has banned motorcycles in the State and ordered them to catch any motorcycle found on the road and bring it to Awka”. Our field observers specifically saw some officers of Ekwulobia Police Station impounding motorcycles along Uga-Ezinifite-Ekwulobia Federal Road by Ezinifite Junction on 14th August 2015 between 1.30pm and 2.30pm.

Criminal Patterns Used:  The roads and areas under the referenced ban as well as their environs are now flooded with officers of the State Police Command; who operate in mufti and mount summary roadblocks. Through their publicly provided patrol vans, they confiscate private and commercial motorcycles and sometimes arrest their operators. Defaulters willing to “negotiate and pay” are randomly extorted; ranging from N2, 000.00 to N3, 000.00, while those not willing or able to “pay” are taken to police stations where sums between N4, 000.00 and N5, 000.00 are extorted. Failure to “negotiate and pay” instantly leads to threat of permanent impoundment and dumping of same at Awka. Sometimes, the arrested “defaulters” are detained in the police cells for the purpose of double extortion in the form of “bail fees for the impounded object and its operator”.

For instance, Mr. Sunday Umejesi is a private motorcycle owner trading at Onitsha Bridgehead Market. He was arrested in the first week of July 2015 by some police officers in mufti at Awkuzu Junction near Awkuzu SARS headquarters in Oyi LGA of the State and accused of breaking “Okada road ban”. He was dragged towards the SARS headquarters’ gate and threatened with torture and detention. Out of fear, he parted with N4, 000.00 before his motorcycle was released.

Calls: The Government of Anambra State must review the ill-fated policy under reference and take a total recourse to due process and rule of law. The ill-conceived policy implementation under reference should be suspended immediately until constitutional, human rights and public friendly mechanisms are designed and put in place. Such mechanism must be legislated or codified and be clothed with judicial process and procedure. There shall be created “exemption junctions” and exemption of private motorcyclists.

The Inspector General of Police is also called upon as a matter of uttermost urgency and extreme public importance to declare the Anambra State Police Command as “a disaster command” for the purpose of curbing decisively its age-long corruptive and homicidal conducts and excesses. The State Police Command should be banned out-rightly from arresting and impounding private and commercial motorcycles and their operators in the name of “Okada restriction on roads”, which have resulted in gross human rights abuse and corrupt practices.

The Command should be made to face its statutory duties. Whenever the Government of Anambra State is done with the review under demand include creation of statutory courts to arraign the defaulters, the State Police Command can only assist the Government including the State Ministry of Justice when called upon. Under the law, any citizen including traffic officials of the Government of Anambra State can exercise power of arrest provided the arrestees are promptly and summarily arraigned. The law including the 1999 Constitution also gives the State Ministry of Justice power of prosecution including in the instant case.

For: International Society for Civil Liberties & the Rule of Law

A dance of humour