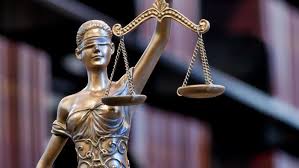 Justice K N Ogbonnaya of Federal Capital Territory High Court Abuja sitting in Kubwa has ordered the sacked General superintendent of the Assemblies of God  Nigeria, Rev Paul Emeka to appear before the court January 20,2017 over the case Of Forgery pending at the Court.

The trial Judge had in October 2016 ordered the embattled Emeka,Three Trustees Of Assemblies Of God Nigeria  to appear before the court  on November 30th .

At the resumed sitting of the Court On Wednesday November 30th 2016 Rev Pastor Ejikeme Ejim, Assistant General Superintendent, Rev Johnson Odin (retd) and Dr. Rev Godwin Akpan Amaowoh, General Secretary  were all present except Rev Paul Emeka who sent a Former Director of administration of the church Rev Emeka Eze on the grounds that he was down with malaria and tyhoid fever.

The Jud‎ge also ordered that Counsel to the defendant Barr Ifeanyichukwu Obasi- Nweze should produce in court on the next adjourned date one Promise Uzoma Okoro a blogger that allegedly wrote an article against her that embattled Paul Emeka bribed her not to hear the matter.

Her Words: Counsel to the defendant, on the next adjourned date make sure you produce in court Mr. Promise Uzoma Okoro , am ready to fight him both physically and spiritually with all my Might over the article he wrote against my person that I was bribed by Rev Paul Emeka”

The Judge also told counsel to the applicant Mr. J U Ajii to ensure that his client (Rev Paul Emeka) appeared before her on the said date.

Justice Umar Yusuf Kargarko of the Upper Area Court sitting in Gudu had in October struck out the Direct Criminal Complaint case Instituted against Rev Paul Emeka by the Incorporated Trustees of Assemblies Of God Nigeria over the failure of the Attorney who had taken over the case to show up in Court.