*Ask Metuh, Mohammed, others to step down

“They must bear full responsibility for their actions and must henceforth refrain from dragging the name of the party into the mud.” 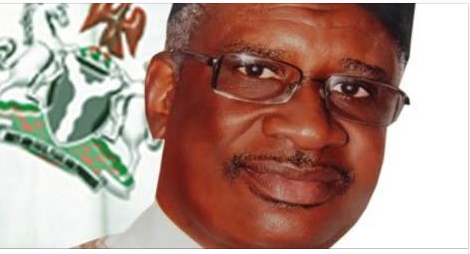 Another crisis is brewing in the Peoples Democratic Party [PDP] with some elected national officers calling on the acting chairman of the board of trustees, Bello Mohammed and the national publicity secretary, Olisa Metuh, to step down from their offices.

This was stated in a statement signed by four of the national officers, which they also said represented the views of all deputy national officers and some members of the National Executive Committee of the party, was sequel to the ongoing trial of Messrs. Mohammed and Metuh over corruption allegations.

Messrs Metuh and Mohammed are being tried for receiving monies from the embattled former National Security Adviser, Sambo Dasuki, out of the $2.1 billion meant for arms procurement but which was diverted to political spending.

The national officers called on all relevant members and organs of the party to rescue it “from fortune hunters who have hijacked its very soul.”

“They are said to have received funds using accounts of their private companies without the knowledge and instructions of any organ of the party.

“All those mentioned in the ongoing corruption trial are, therefore, on their own and the party was not involved financially or in any way with the office of the National Security Adviser, ONSA, or any organ of the federal government in the last regime.

“They must bear full responsibility for their actions and must henceforth refrain from dragging the name of the party into the mud.”