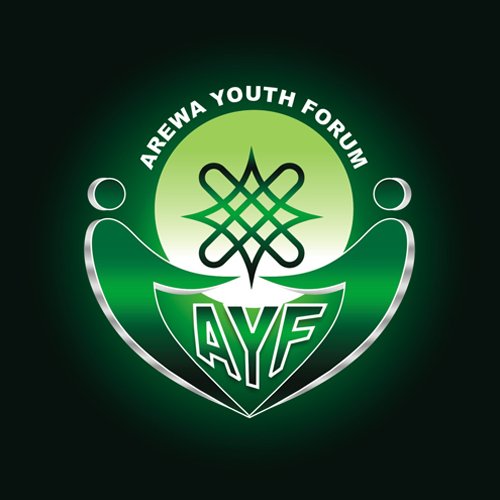 50 YEARS AFTER BIAFRA ANOTHER GENOCIDE LOOMS

We, the members of the ALAIGBO DEVELOPMENT FOUNDATION (ADF), a registered non-governmental organization comprising eminent scholars, elders, public figures, clergy, professionals, youth and women, both at home and in the Igbo diaspora, who are committed to the Rebuilding and Development of Alaigbo in Eastern Nigeria and the Rebirth and Advancement of the Spirit of her Culture and Civilization, write to draw the attention of your good-self, the United Nations and the entire World, to the dangers and threat of another genocide and extermination confronting the Igbo people in Nigeria.

On Tuesday, the 11th of July 2017, the Arewa (Fulani) Youth Consultative Forum, ACYF, a coalition of socio-political groups in northern Nigeria, issued a three- months ultimatum for all persons of Igbo origin in the 19 northern states of Nigeria to vacate the region.

If the Igbos fail to leave by the October 1, 2017, the group said, it would use force to evict the Igbos and also threatened to take over all the landed properties of the Igbos after they had left the region.

We in the Alaigbo Development Foundation (ADF) are quite concerned about this situation since they do act in concert with the full backing of notable leaders of the Northern Elders Forum.

ADF has since then continued to monitor reactions from various quarters in the Nigerian Polity including the Federal authorities in Nigeria and is quite disturbed by the signs which are quite reminiscent of the 1966 Pogrom in which over 60,000 Igbos were murdered which subsequently led to the Nigeria–Biafra Civil war in which another three million, five hundred (3.5 million) persons were killed.

We therefore wish for the sake of posterity, to place the whole episode within a historical context and draw the attention of the World to this looming GENOCIDE before it happens!!!

On May 6th, 2016, ADF was constrained to issue a Distress Call, on behalf of our people, alerting the world of the massive mobilization by the Fulani herdsmen intent on waging a jihadist genocidal war against Ndigbo and massacring them as was done during the Biafra war of July 6th, 1967 to January 15, 1970. (See attached 1)

Shortly after the release of this Distress Call to the world, the Fulani insurgents pounced on the helpless people of Ukpabi Nimbo.

“Several residential homes and a church were burnt. Vehicles and motorcycles were destroyed and domestic animals killed.

“Thousands of the inhabitants of the seven villages of Ukpabi Nimbo, were forced to evacuate and flee their communities and are now Internally Displaced People (IDP) in homes, hospitals, town halls, schools, offices stretching from Nsukka to Enugu. The 48 dead were innocent victims of a failed State – Nigeria”.

Our DISTRESS CALL was essentially a cry for attention and protection, which does not necessarily mean that the victims were absolutely helpless and incapable of defending themselves against acts of aggression.

It was an attempt to alert those who might unjustifiably side with the aggressor as was the case in the unholy alliance that arraigned against the Biafrans in the unholy war of 1967- 70.

With respect to the QUIT NOTICE issued by the Arewa Youth, with the backing of their elders, we wish to make the following observations:

i. Let no one be deceived that it is an act of youthful exuberance. NEVER! NO, NEVER!. The Arewa Youths spoke with the mandate of the Fulani leadership in Nigeria. They spoke not only the mind of their leaders, they spoke their intensions.

ii. The Executive governor of Kaduna State, Mallam El-Rufai, from whose domain the announcement was made, ordered that the youths should be arrested immediately. The Inspector General of the Nigerian Police (IGP) also did the same. The Arewa Youth responded by holding the second session of their meeting at the same venue unperturbed and undisturbed. Up till date no arrest has been made.

iii. By the way, there is no way the Youth could have had access to the Arewa House from where they made the declaration for such a delicate undertaking without the knowledge of the Governor of Kaduna State and or top Arewa Elders.

iv. To the hearing of anyone who cares, the leadership of the Northern Elders Forum, through Prof. Ango Abdullahi, a former Vice Chancellor of the Ahmadu Bello University in Zaria in Northern Nigeria and a chieftain of the Arewa Elders Consultative Forum, came out boldly and without equivocation to endorse the QUIT NOTICE issued by the Arewa Youths.

WHAT ALL THIS MEANS

The stage is now set for another whole-scale massacre of the Igbos, killing them not just in the North but even in the whole of Alaigbo, as they have practically inundated the area with their trained and armed foots-men who masquerade as tailors, nail clippers, herdsmen, itinerant traders, Motorcycle (okada) riders, et all.

It is by now obvious that the Fulani leadership has convinced itself that such generalized killing of Igbo can take place without any serious resistance.

All that the world would do is to shout FOUL! FOUL! EVEN TILL JESUS COMES. And of course by then the Igbo race would have gone into oblivion.

For the record, several test runs involving bloody attacks on Igbo Villages in Anambra, Imo, Abia, Ebonyi and other parts of Enugu State, all the States in Eastern Nigeria have been conducted by the Fulani insurgents without any repercussions.

What do you think such mindless slaughter of Igbos were meant for? They were not the real thing planned for Igbo annihilation. Let us go down memory lane of such massacres:

ii. There was the Kano genocide against Igbos in 1953

vi. Another riot in Kano 1980, in which many Igbos were killed and billions of their property destroyed.

vii. In addition there were series of massacre of Igbos inMaiduguri 1982

xxiii. Beheading of Gideon Akaluka in December of 1996 in a POLICE STATION in Kano

xxviii. The many Igbo deaths caused by boko haram (which of course has the full backing of the northern elites).

We may also include the more recent cases of

xxxii. Beheading of a 74-year old Mrs Bridget Agbahume of Ebonyi State. The killers of Bridget were released on the orders of the Governor of Kano State, Alhaji Abdulahi Umar Ganduje.

xxxiii. The killing of the Apo 6; a case whose disposal and handling revealed much about the federal security agents and their hate or non-value for the Igbo

xxxv. In 2016 a university graduate farmer, Ndubuisi Uzoma, was beheaded in his farm at Iddo community along the Nnamdi Azikiwe International Airport Road, Abuja by Fulani herdsmen. His headless corpse was found in the pool of his blood on a Sunday by his relations, who went in search of him when he failed to return from the farm.

Sir, you can see that when it has been tested again and again that life of people of a particular nationality does not count and that they can easily be sacrificed for political reasons, then it becomes a ritual habit for the butchers. It is our collective duty to stop this.

If Justice is good for one, it is good for all. The World should not stand aside and watch another genocide play out in Nigeria.

Can anyone take the life of a Jewish man, an Englishman, a Frenchman, an American or even a Fulani man and nothing happens.

In the Light of the above, we, in the Alaigbo Development Foundation (ADF) are therefore making the following prayers to the most excellent Secretary General:

1. That the United Nations should call on the government of Nigeria to take all necessary actions to stem this dangerous development and call the Arewa Youths and elders to order and not to engage in any wanton killings of Igbos as they are wont to do as part of their quest to Islamize Nigeria.

2. Conduct a supervised arrangement through which Nigeria can engage in the peaceful separation the Eastern Nigeria (Biafra) from Nigeria since Nigeria cannot seem to want people from Eastern Nigeria as part of the Country, without loss of life.

3. Engage the appropriate United Nation’s instrument to protect the lives and properties of Igbo people where ever they may be in Nigeria, particularly in Northern Nigeria as guaranteed by the Constitution of the Federal Republic of Nigeria (1999 as amended) and international law.

4. Discourage the existence or threat of genocide or ethnic cleansing whenever or wherever it is in the offing by taking appropriate proactive measures to stem it.

Sir, we wish to emphasize that we are in an EMERGENCY, and also suggest very strongly that relevant actions and measures be taken before the expiration of the Quit Notice on the 1st of October 2017.

We are confident that only the intervention of the United Nations can prevent this looming genocide and ethnic cleansing since the government of Nigeria and all her agencies seem to be complicit in the matter.

Looking forward to your expeditious response.

Ooni and I have parted ways – Olori Wuraola