Nigeria’s Gross Domestic Product [GDP]  fell in the second quarter of 2018 to 1.50%, away from the 1.95% recorded in the first quarter of same year, according to data sourced from the National Bureau of Statistics [NBS].

The development, however, is a far cry from the previous administration which saw growths of 6.21% of first quarter of 2014. 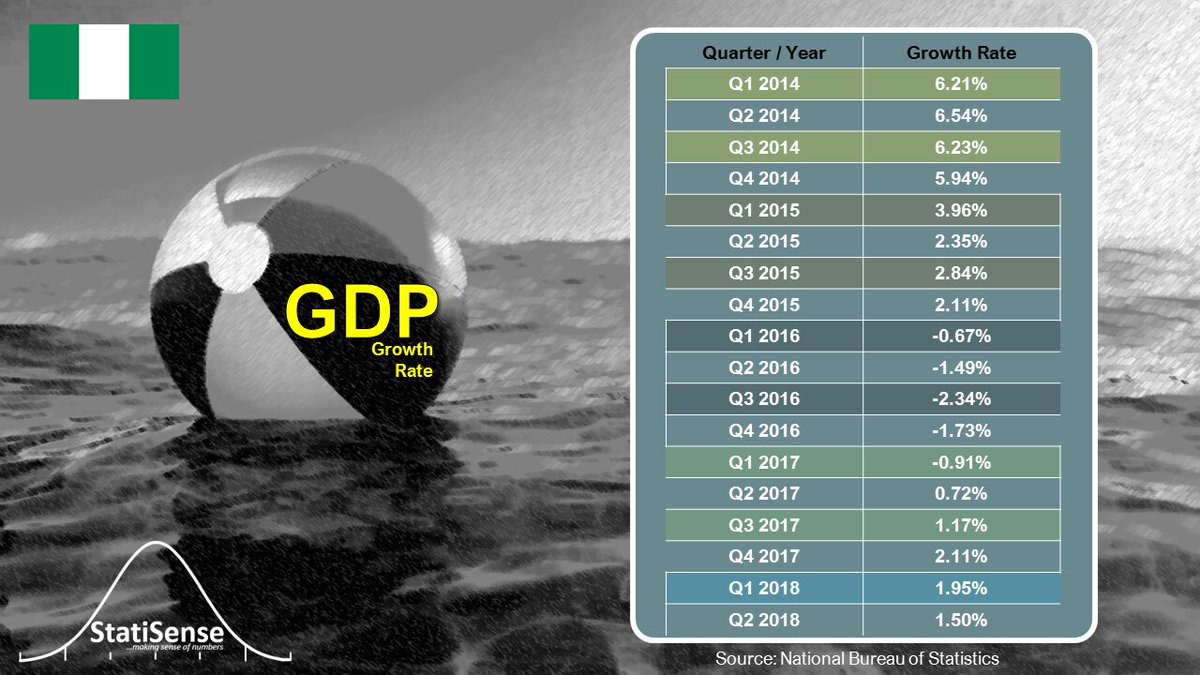 In second quarter of 2018, meanwhile, the country’s GDP recorded a shortfall.

On a quarter on quarter basis, real GDP growth was 2.94%.

For better clarity, the Nigerian economy can be classified broadly into the oil and non-oil sectors .

Broadly speaking, growth in Q2 2018 was driven by developments in the non-oil sector as Services sector recorded its strongest positive growth since 2016.

However, the relatively slower growth when compared to Q1 2018 and Q2 2017 could be attributed to developments in both the oil and non-oil sectors.

The Q2 2018 road transport data reflected that 2,608 road crashes occurred within the quarter under review.

Speed violation is reported as the major cause of road crashes in Q2 and it accounted for 50.65% of the total road crashes reported.

Tyre burst and dangerous driving followed closely as they both accounted for 8.59% and 8.40% of the total road crashes recorded.

A total of 8,437 Nigerians got injured in the road traffic crashes recorded. 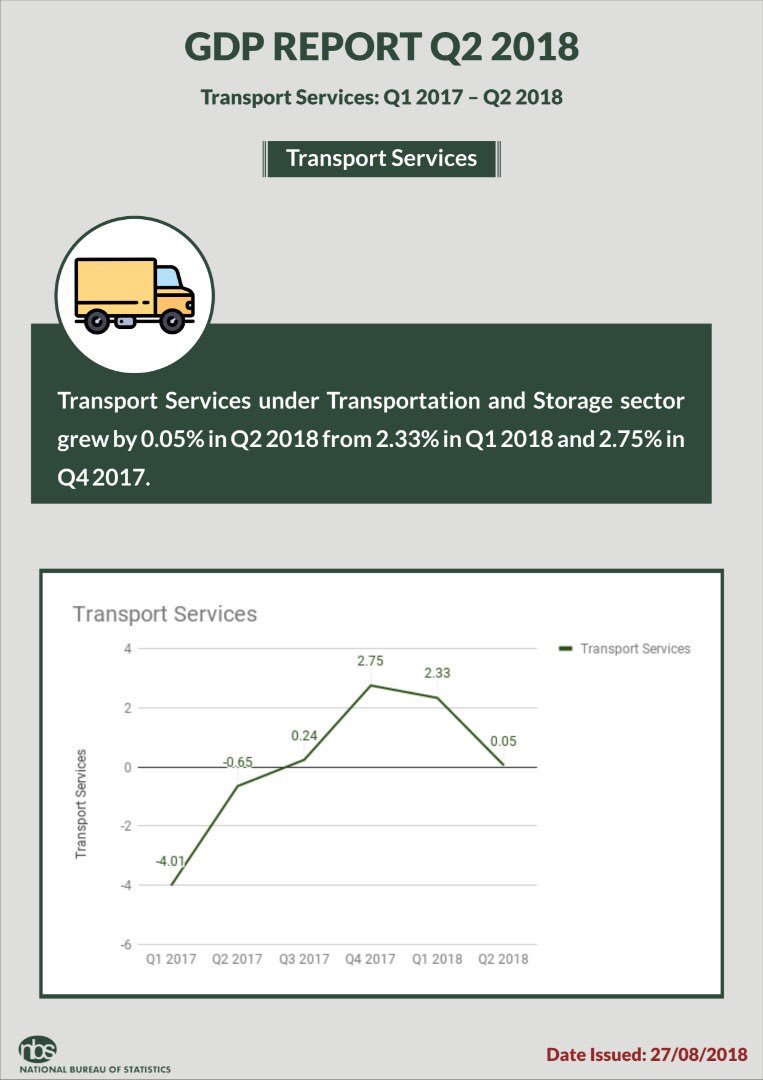 The petroleum products importation and truck-out statistics for Q2 2018 reflected that 165.71 mln litres of Liquefied Petroleum Gas (LPG) were imported into the country in Q2 2018. 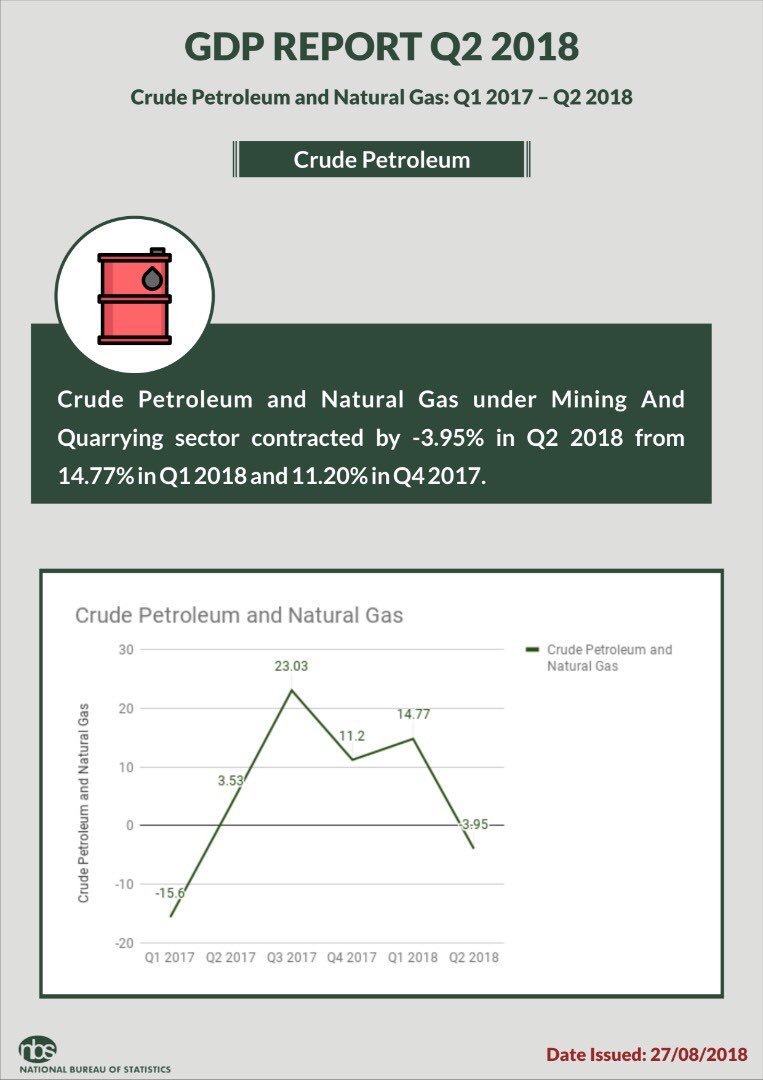 The months of April 2018 recorded the highest volumes of Liquefied Petroleum Gas (LPG) imported into the country at 59.89 mln litres while the lowest volume were imported in June 2018.

Statewide distribution of truck-out volume for Q2 2018 showed that 105.49mln of Liquefied Petroleum Gas (LPG) were distributed nationwide during the period under review.

The decline recorded in the second quarter was as a result of a decline in Portfolio and Other Investments, which declined by 9.76% and 24.07% respectively.

The Lies About The State Of Enugu/Port Harcourt Road