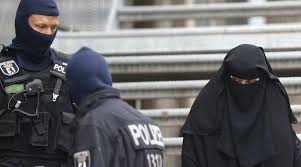 According to a police spokesman, the police raids took place in 24 separate properties and started at 6 am (0500 GMT) in different parts of the German capital.

Raids were conducted on apartments, two company premises and six jail cells in two Berlin prisons. According to notes posted on the door of the prayer rooms, the Fussilet mosque association apparently permanently closed down one week ago.

According to authorities, the association was a meeting point for extremists. It said that money collections were also made at the mosque to support terrorist attacks in Syria.

Amri visited the mosque a number of times, before killing a Polish truck driver on Dec. 19 and steering the vehicle into a Berlin Christmas market killing a further 11 people and injuring over 50 others.

Report says a ban on the Fussilet mosque group had been under review since 2015 but after a city worker dealing with the case fell ill, the ban was delayed. (Vanguard)