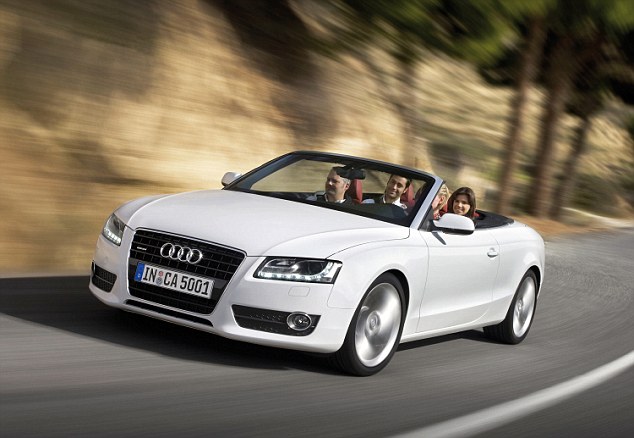 worldwide are fitted with the sophisticated software enabling them to cheat emission tests.

Some 1.42 million Audi vehicles with so-called EU5 engines are affected in Western Europe, with 577,000 in Germany and almost 13,000 in the United States, an Audi spokesman said.

The announcement came as German prosecutors today opened a Fraud investigation against former Volkswagen CEO Martin Winterkorn to establish what his role was in the company’s emissions-rigging scandal.

ABOVE: Growing scandal: Volkswagen’s top-of-the-range automaker Audi today admitted that 2.1million of its diesel cars worldwide are fitted with the sophisticated software enabling them to cheat emission tests (file picture)

VW sparked global outrage last week when it admitted that 11 million of its diesel cars are fitted with so-called defeat devices that activate pollution controls during tests but covertly turn them off when the car is on the road.

The investigation will concentrate on the suspicion of fraud committed through the sale of vehicles with manipulated emissions data and aims to determine who was responsible, prosecutors in Braunschweig said in a statement.

In the German system, anyone can file a criminal complaint with prosecutors, who are then obliged to examine them and decide whether there is enough evidence to open a formal investigation.

In this case, following the revelations about the rigged tests, prosecutors in Braunschweig, near VW’s headquarters in Wolfsburg, received about a dozen complaints, including one from Volkswagen itself, said spokeswoman Julia Meyer.

She said it was too early to say if and when prosecutors may try and interview Winterkorn and that she did not know whether he already had an attorney to represent him.

She said at this stage, she could not estimate how long the investigation would last.

‘This is a very broad case and in other such investigations it has taken many months, sometimes years,’ she said. 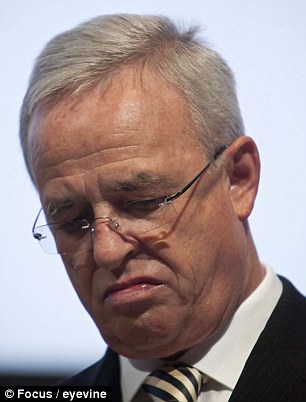 Winterkorn, Volkswagen’s CEO since 2007, resigned on Wednesday – days after the world’s top-selling carmaker admitted that it had rigged diesel emissions to pass U.S. tests during his tenure.

He said that he was going ‘in the interests of the company even though I am not aware of any wrongdoing on my part.’

Under German law, it is not possible to bring charges against a company – only against individuals.

Meyer would not elaborate on specifics of the investigation, and it wasn’t clear what Winterkorn’s suspected role might be.

Meanwhile, an environmental campaign group today claimed that new European cars are spewing out on average 40 per cent more carbon dioxide than laboratory tests show, saying Volkswagen’s rigging of emissions tests was only part of much wider cheating.

A new report from Transport & Environment (T&E), which works closely with the European Commission, said its data did not prove other carmakers were using such devices.

But it said the gap between lab results and road performance had grown for emissions of carbon dioxide, as well as nitrogen oxides, to such an extent that further investigation was needed to discover what carmakers were doing to mask CO2 emissions.

Their analysis found some new EU cars, including Mercedes, BMW and Peugeot vehicles, were using around 50 per cent more fuel than manufacturers claimed.

Shares in Volkswagen continued to slide on Monday, shedding nearly seven per cent as the scandal over rigged pollution tests shows no signs of abating.

In late morning trade on the Frankfurt stock exchange, VW shares – which took a battering last week after the company admitted to installing emission-test cheating devices in its diesel engines – plunged 6.9 per cent to an intraday low of €99.85.

According to German media reports at the weekend, Volkswagen ignored warnings from staff and a supplier years ago that the emission test rigging software – which sparked the company’s worst ever scandal – was illegal. 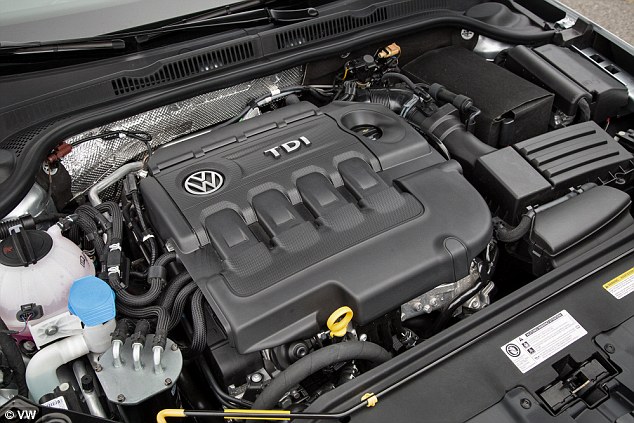 Tarnished: Volkswagen was warned almost a decade ago that  defeat software was illegal to use on the road

German authorities meanwhile heaped pressure on the embattled corporate titan, demanding it set out a timeline by October 7 on how it will ensure its diesel cars meet national emission standards without using the cheat technology.

Yesterday, it emerged that Volkswagen was warned almost a decade ago that the software was illegal to use on the road.

Bild am Sonntag said a VW internal investigation found parts supplier Bosch had warned Volkswagen not to use its software illegally.

Frankfurter Allgemeine Sonntagszeitung also reported that a Volkswagen technician raised concerns about illegal practices in connection with emissions levels in 2011.

Some 11 million VW diesel cars built since 2008 are affected by the scandal, including up to 1.5million Volkswagen cars in Britain.

The spiralling scandal has badly tarnished VW’s name, left it exposed to up to $18billion in U.S. fines and wiped out a third off its stock market value in a week.

Last Friday, the VW board tapped company insider Matthias Mueller – chief of its luxury sports car brand Porsche – to steer the world’s largest automaker out of the wreckage.